The world’s first high-speed internal organ liberation simulator is back in full 3D! The slaughter is bloodier, the body parts fly further, and the destruction is heavier. Crash and burn through the 3D rendered crowds with the pedal to the metal. 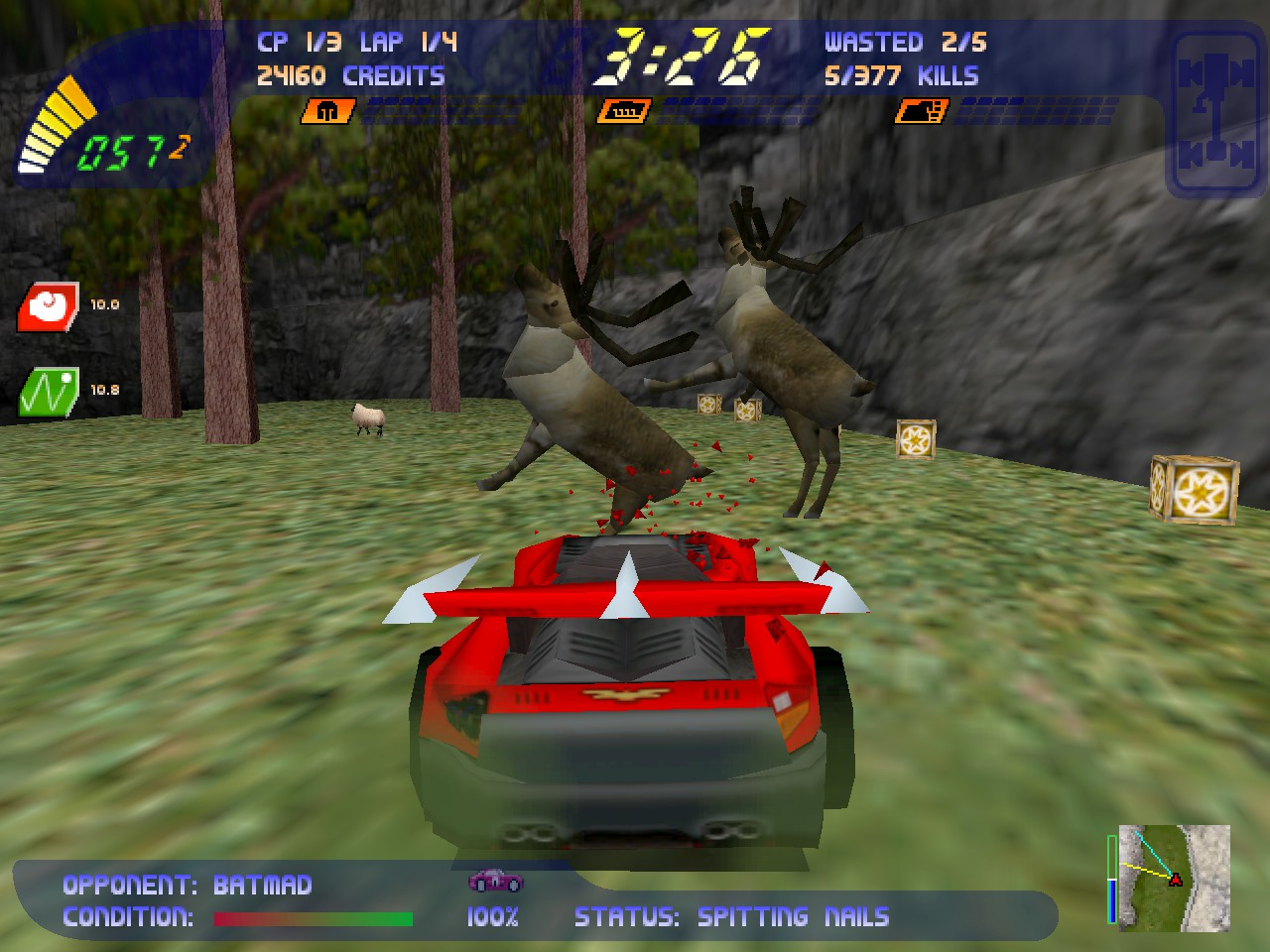 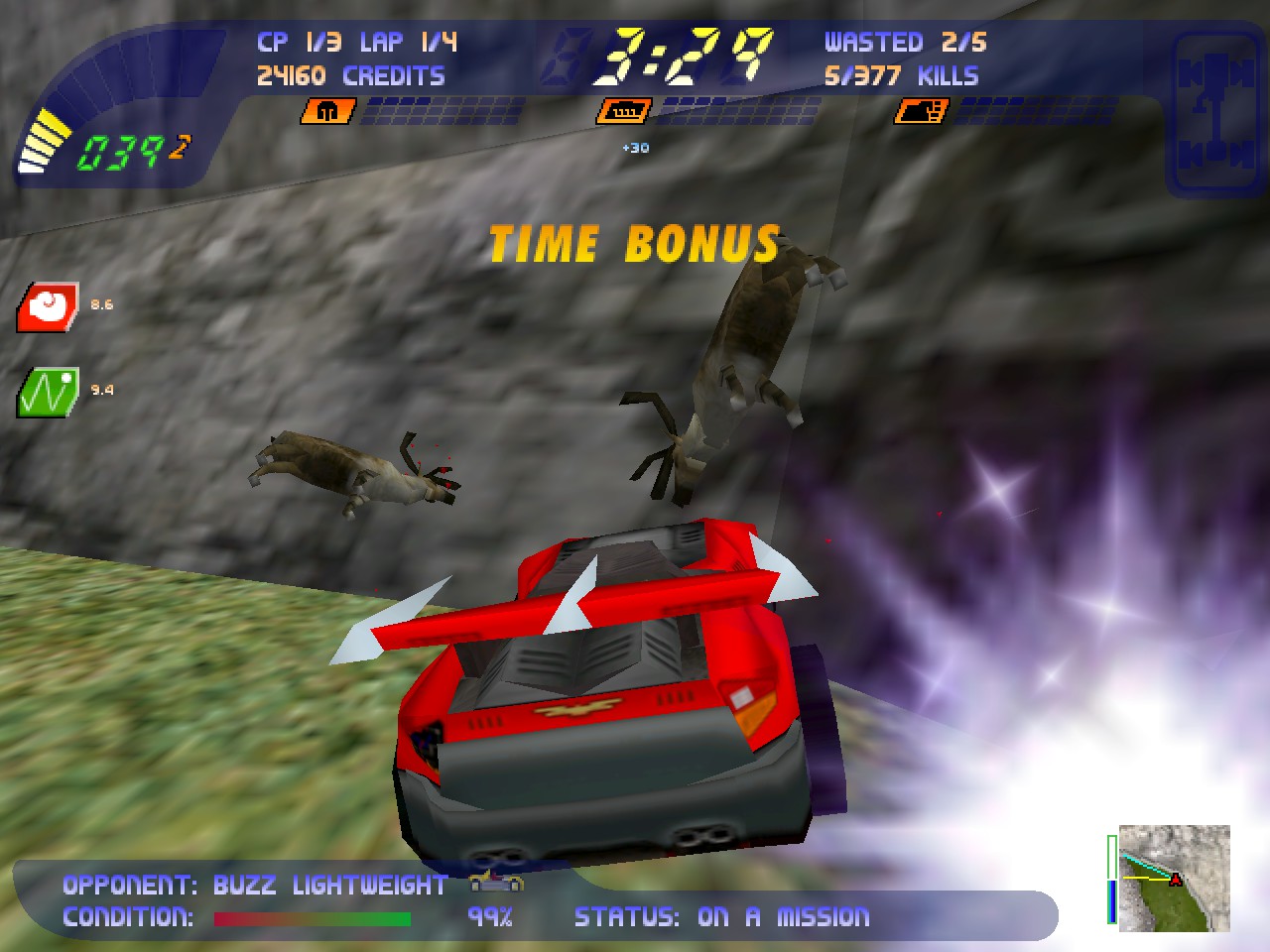 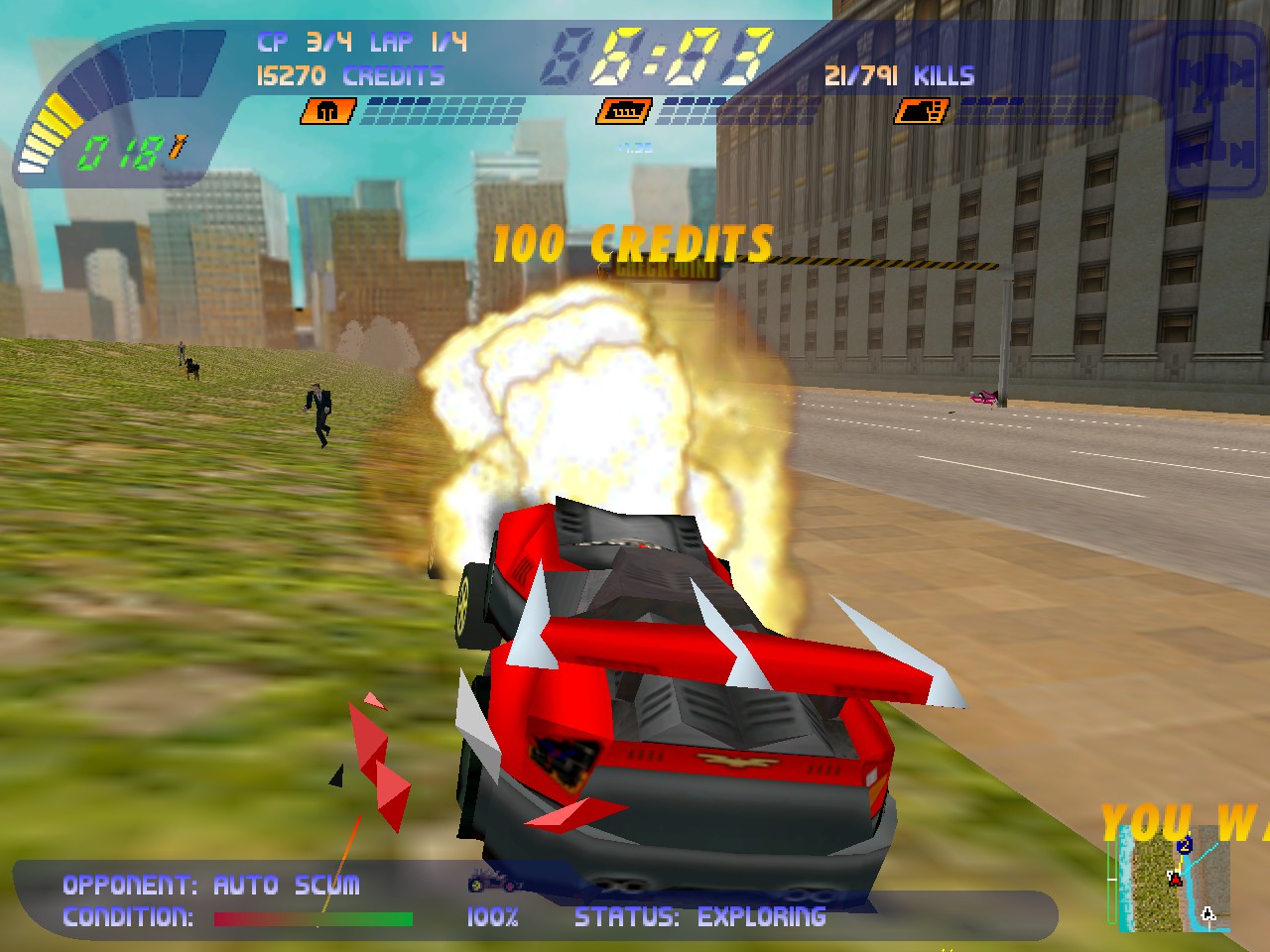 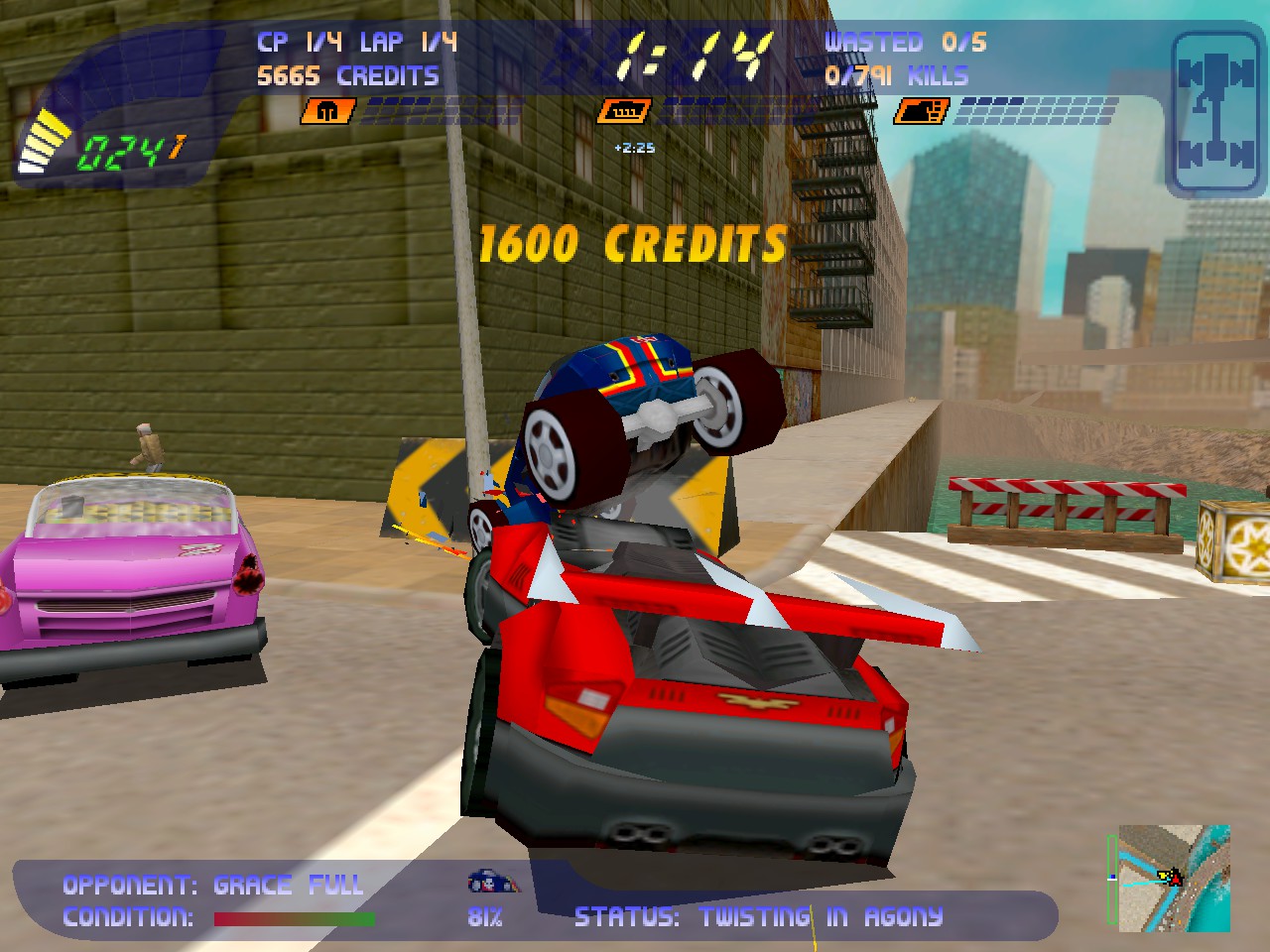 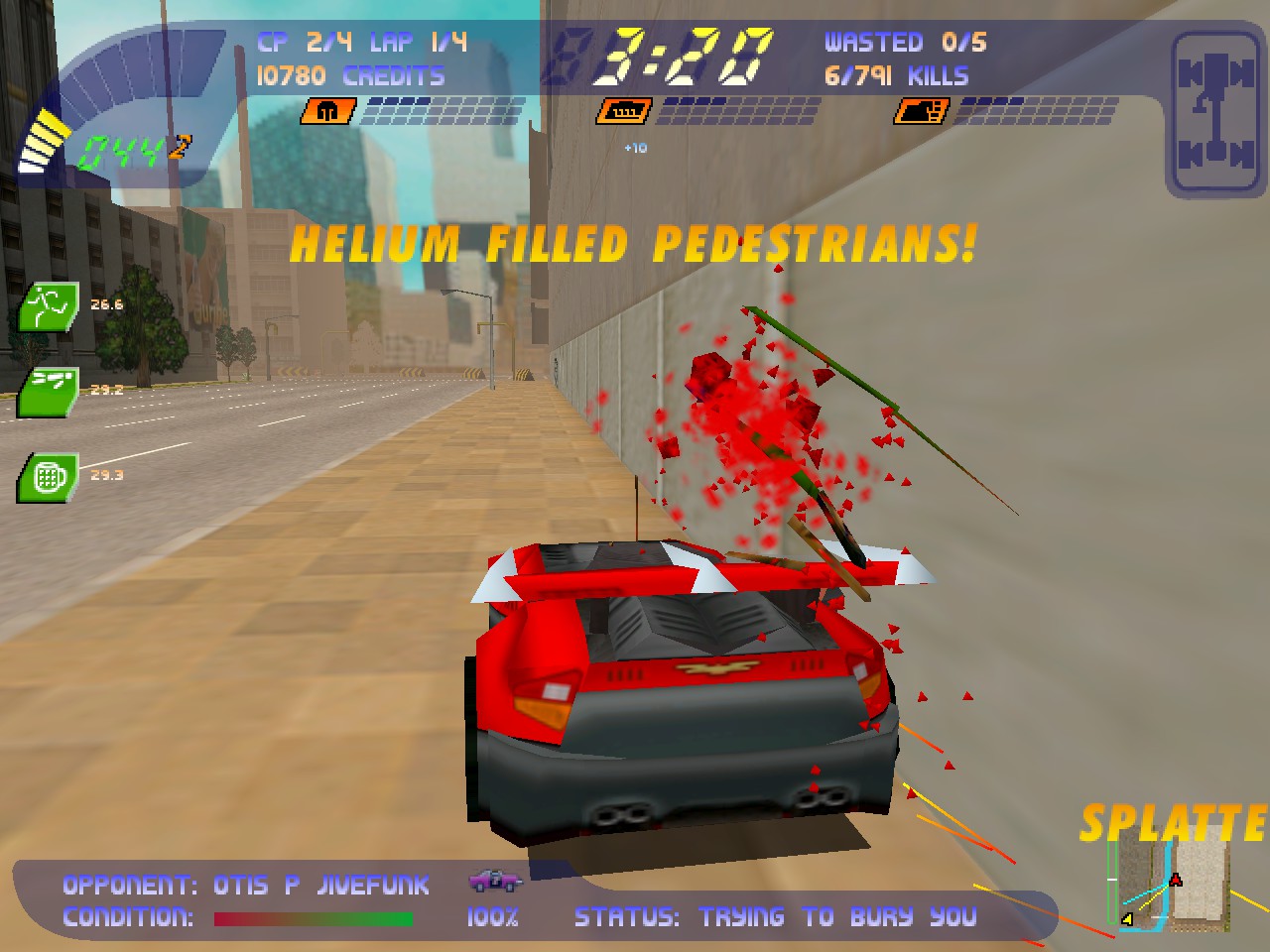 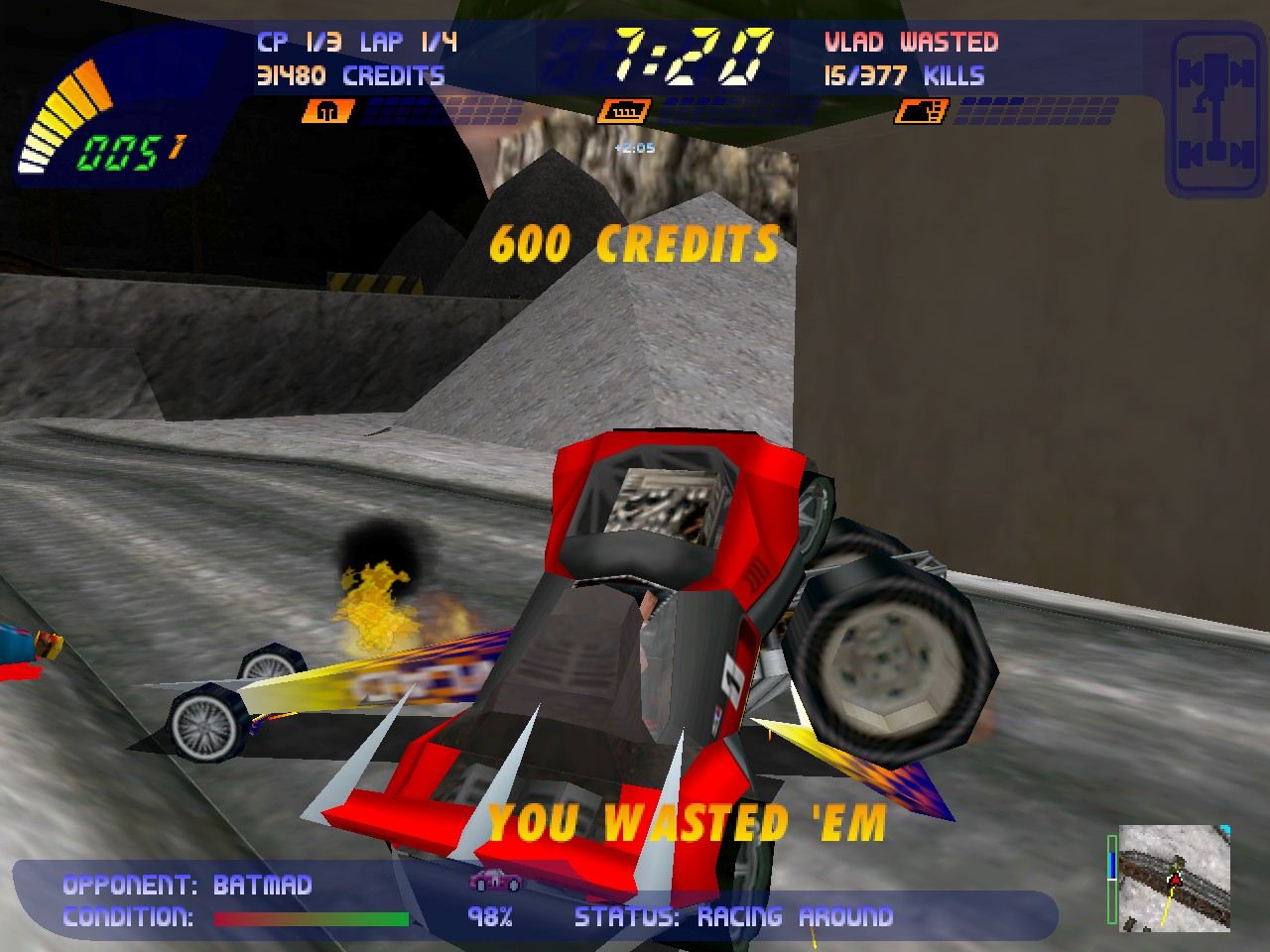 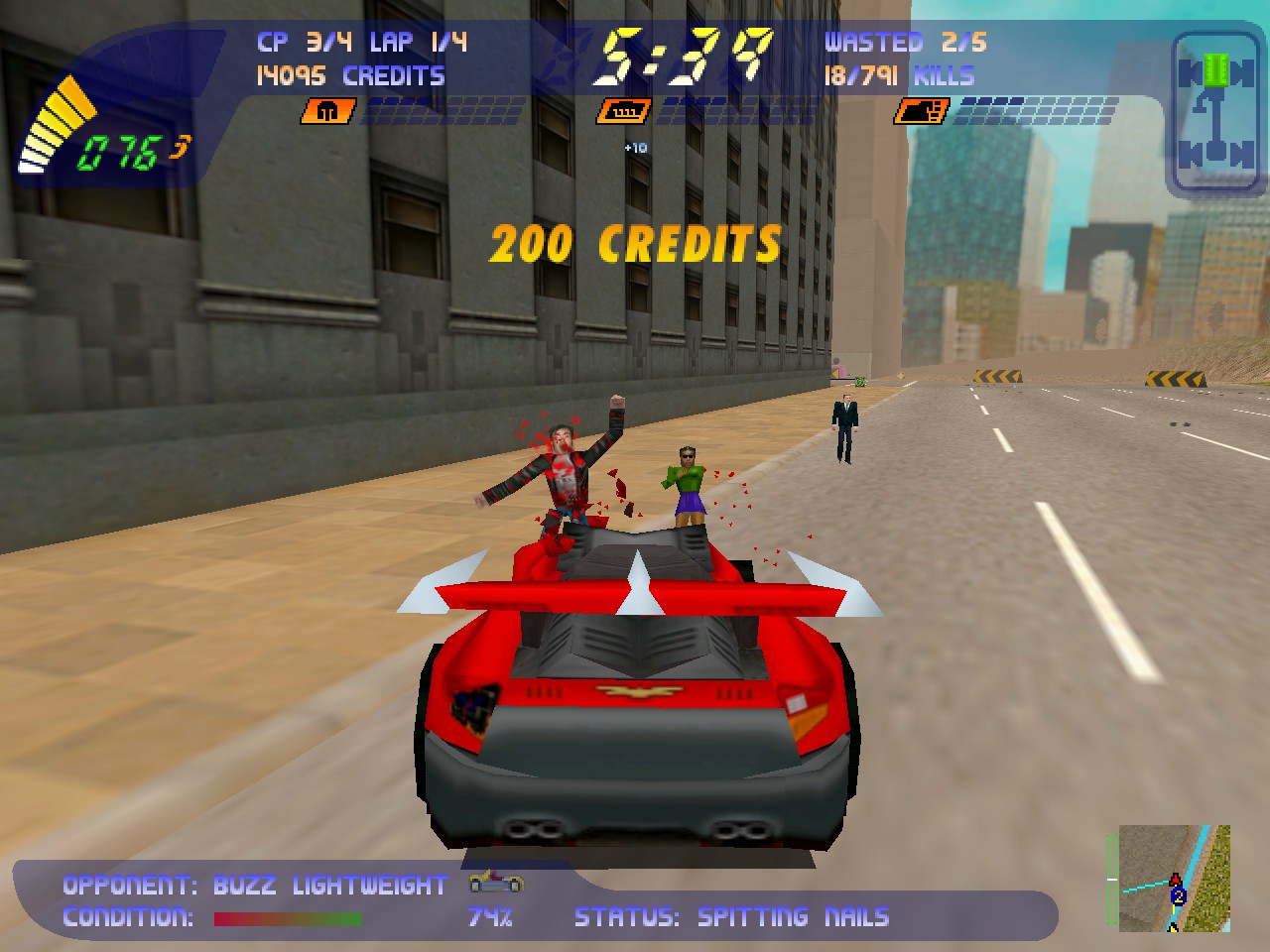 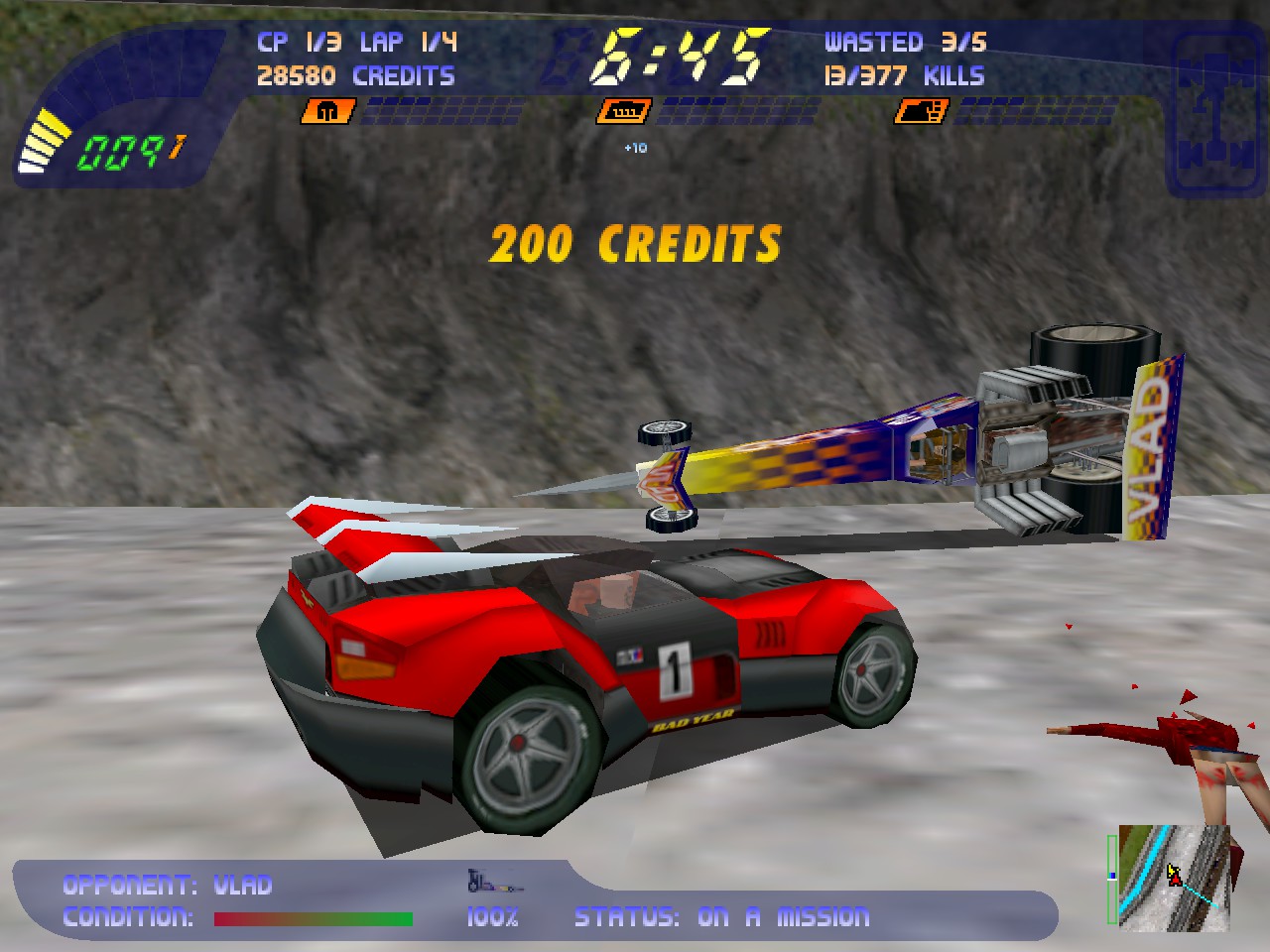 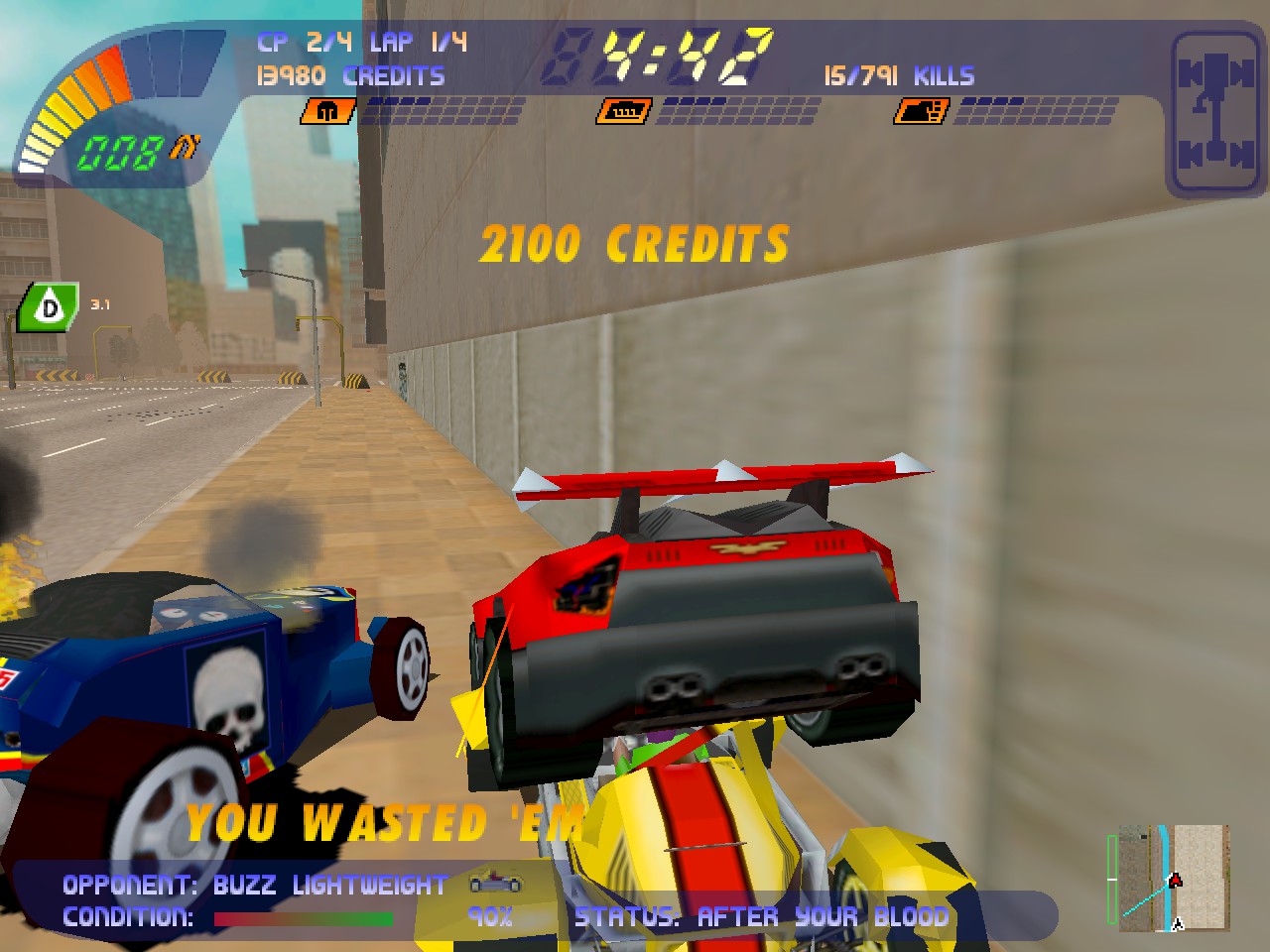 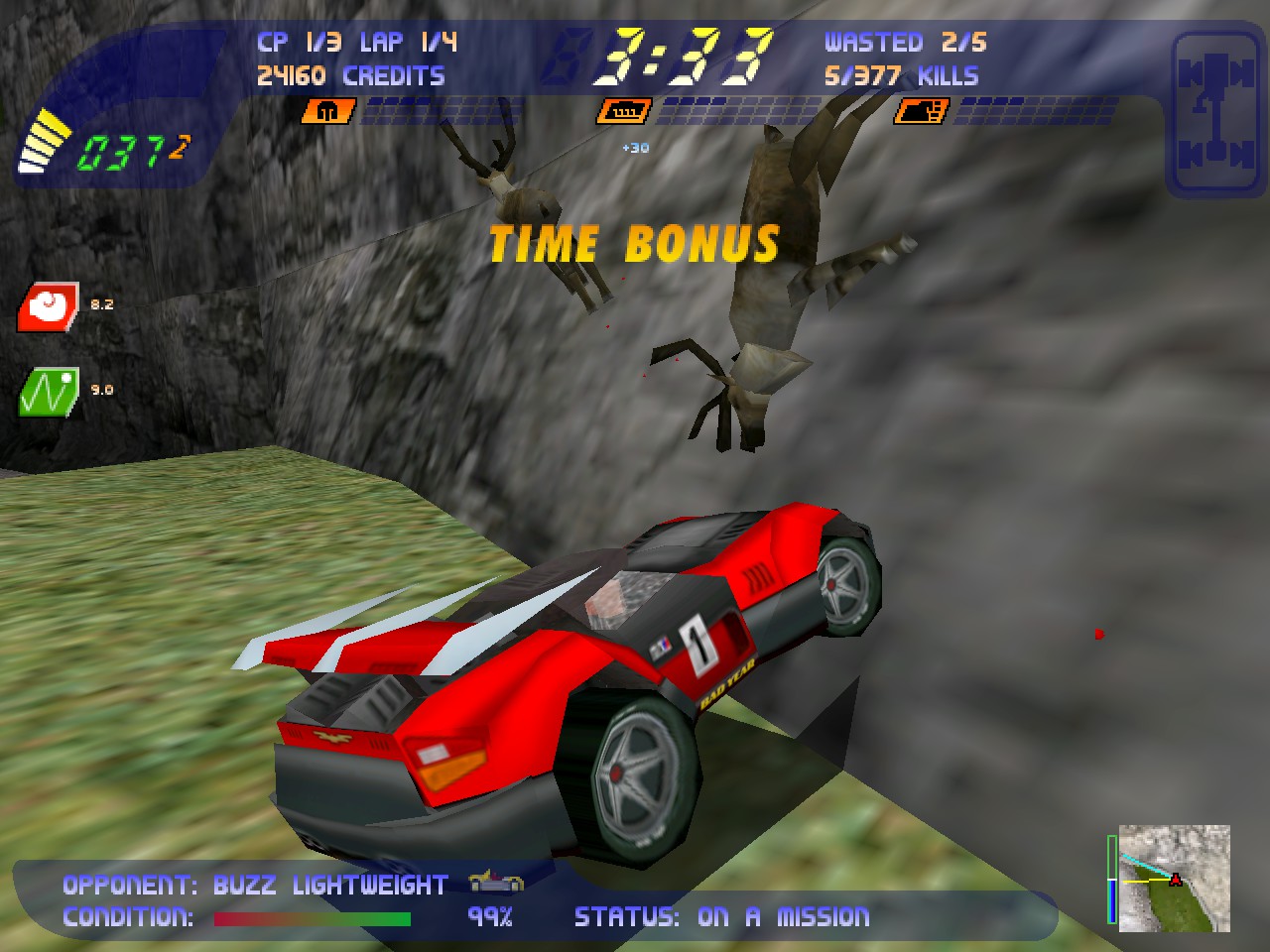 The world’s first high-speed internal organ liberation simulator is back in full 3D! The slaughter is bloodier, the body parts fly further, and the destruction is heavier. Crash and burn through the 3D rendered crowds with the pedal to the metal. Destroy your opponents every which way possible, the more creative the destruction, the better the rewards. No rules, no compromise, NO MERCY!

Carmageddon 2: Carpocalypse Now is the sequel to the sensational “Game of the Year” smash and trash blockbuster from 1997. The creators of the original Carmageddon packed the follow-up with more action, fun, and mayhem! Play chicken with an airplane! Fry pedestrians with the Electro Bastard Ray! All of the fun and none of the responsibility of motorized murder and mayhem in one huge package. What are you waiting for? Gear up and ride out!

Features:
“Ladies and gentlemen, start your engines! Members of the public, you have ONE minute to reach minimum safe distance!”

The aim is for the player to work their way up the ranking system, from 99th place to first. The player vehicle is pitted against a wide range of computer controlled competitors, in locations such as cities, desert, airport, funfair and even an aircraft carrier. Levels can be beaten in one of three ways:

Each level has a time limit, but more time may be gained by passing through checkpoints, collecting PowerUps, damaging/destroying the competitors’ cars, and by running over pedestrians (with bonuses awarded for style).

These actions also reward the player with Credits, which can be used to make instant repairs or recover the car (after falling down a chasm, for example). They can also be used to upgrade Armour, Power and Offense stats in the Parts Shop between races. This is also the time to switch which car to drive if others have been obtained.
As well as opponents partaking in the ‘race’, some levels also contain a number of Cop Cars, which will activate their sirens and hound the player when provoked. They can be attacked and destroyed, but do not count as opponents. A single “Super Squad Car” exists in one level, and it can be claimed if destroyed.

An Action Replay with multiple camera viewpoints is available at any point during a race.