Characters from all the iconic Arc System Works franchises, including Guilty Gear, BlazBlue, and the River City series, all meet in a 2D pixel art side-scrolling action game! 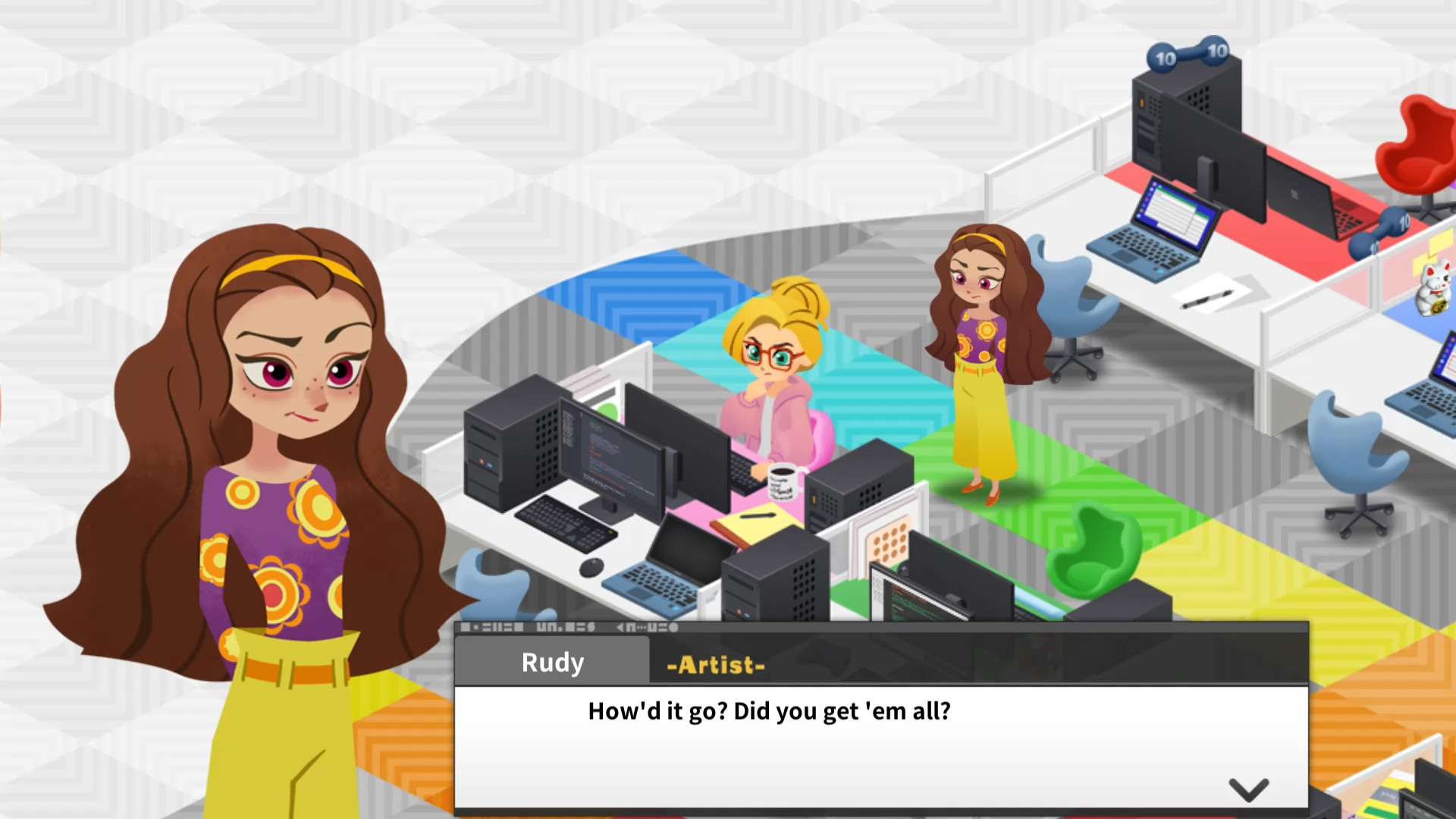 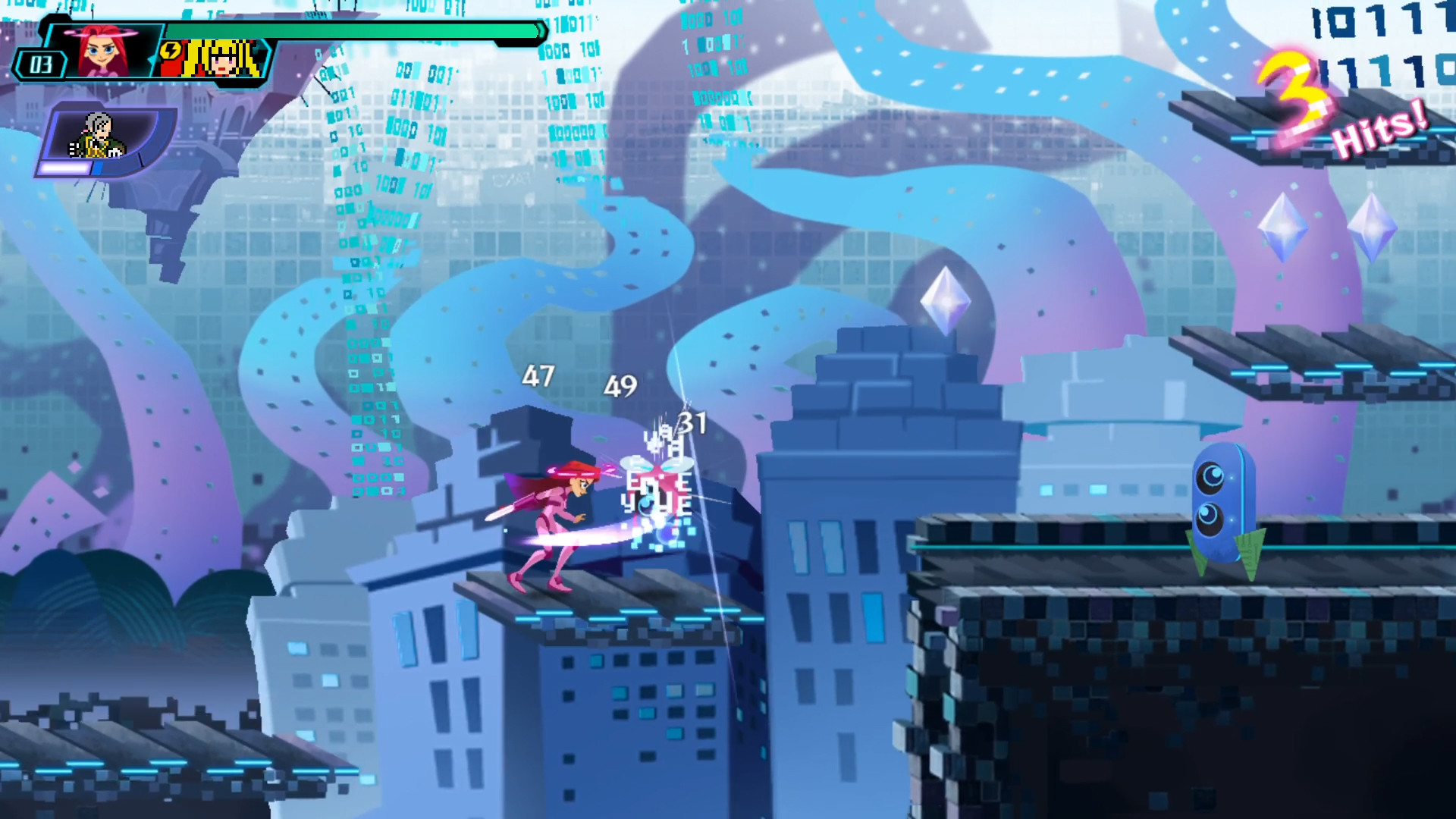 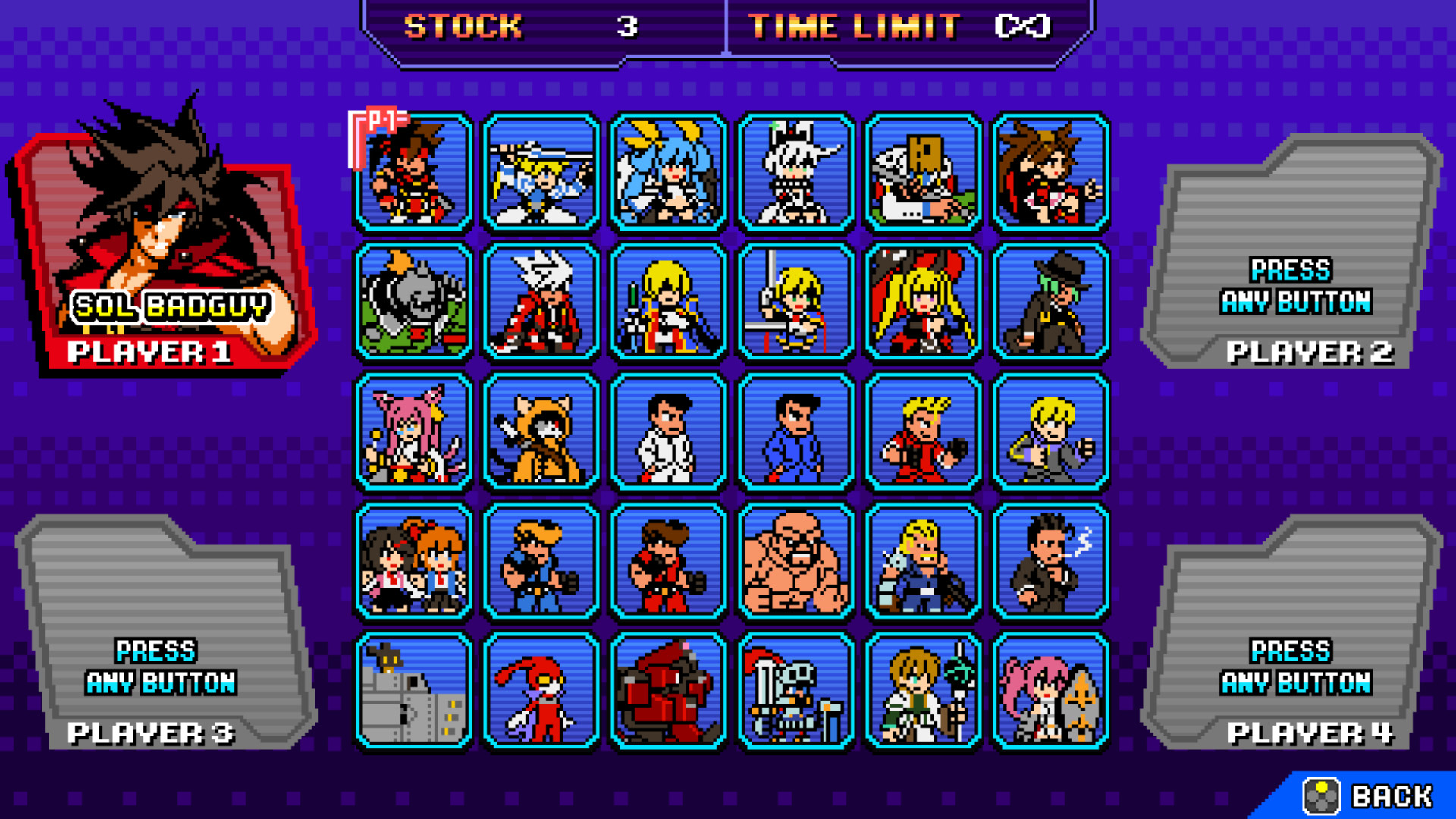 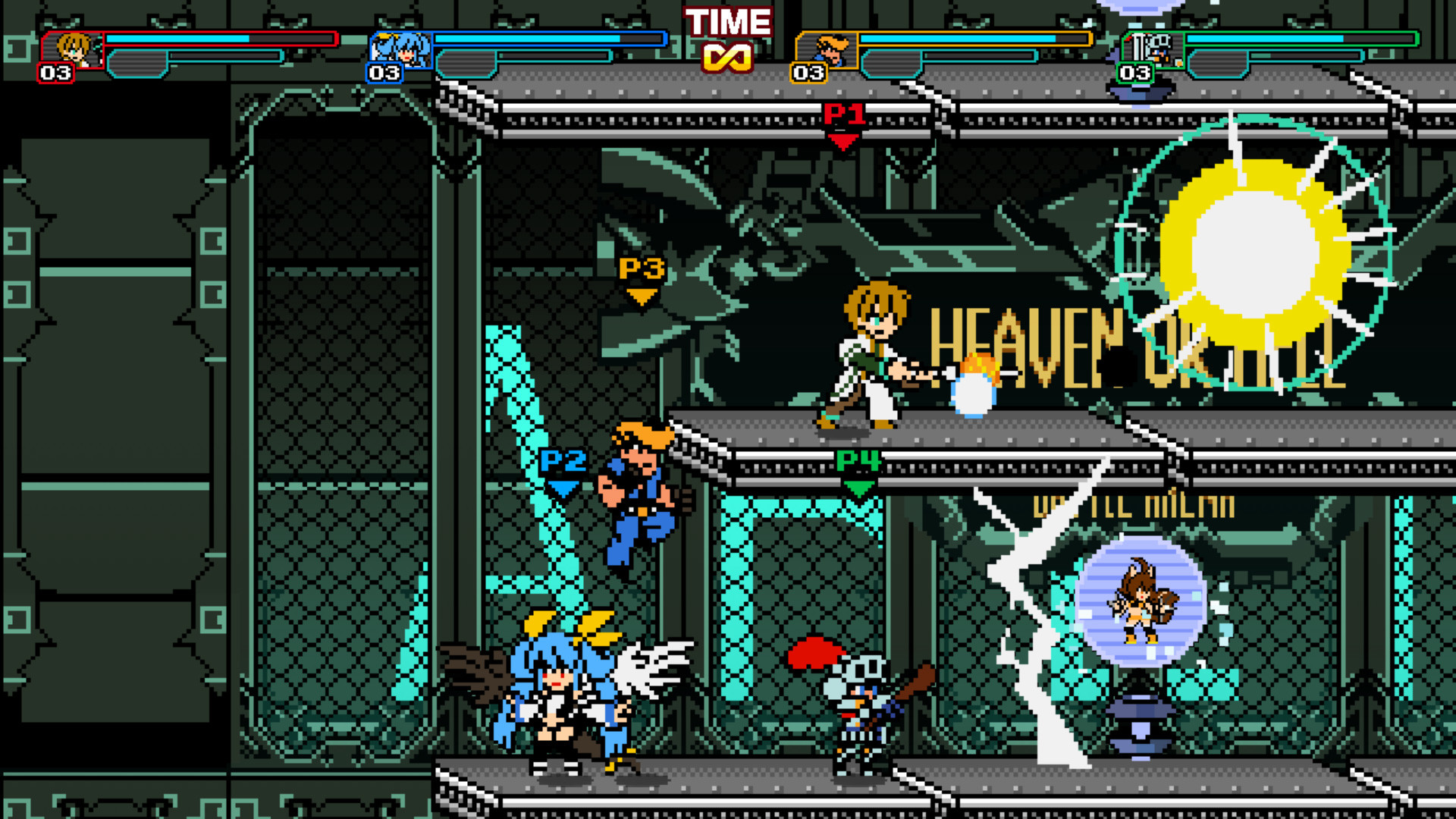 The story takes place in the development offices of a software company, “”Awesome Rainbow Corp””. Trouble arises just as you’re gearing up to release the final version of the game! Many mysterious bugs are occurring, and time is running out!

To deal with this situation, a programmer, Stella, whips up a debug program: “”CODE SHIFTER””.
“”CODE SHIFTER”” will let Stella’s avatar “”Sera”” dive into the game and start fixing things up.
Will Stella and her coworkers be able to find the origin of these bugs and deliver the game before the launch date?

Original style with a retro twist!
Enjoy the delightful graphics from titles past and present remixed with 2D watercolor and 8-bit pixel art.

Game system
Players will explore the stage while transforming into various characters from different IPs created by Arc System Works!
Successfully adapt and complete all stages using a large volume of 30 playable characters animated in 8-bit!

Comedy
Take a break from debugging with a comedic story between the ARC staff Stella, Mozzie, Rudy, Hudson, and Greig.