In this classic inspired Bullet Hell Tower Defense Shooter, security drones have turned and you, the sole surviving pilot, are all that stands between the colonies and defeat. Upgrade your ship, weapons and turrets whilst facing a plethora of enemies and colossal bosses. Why did the drones turn? 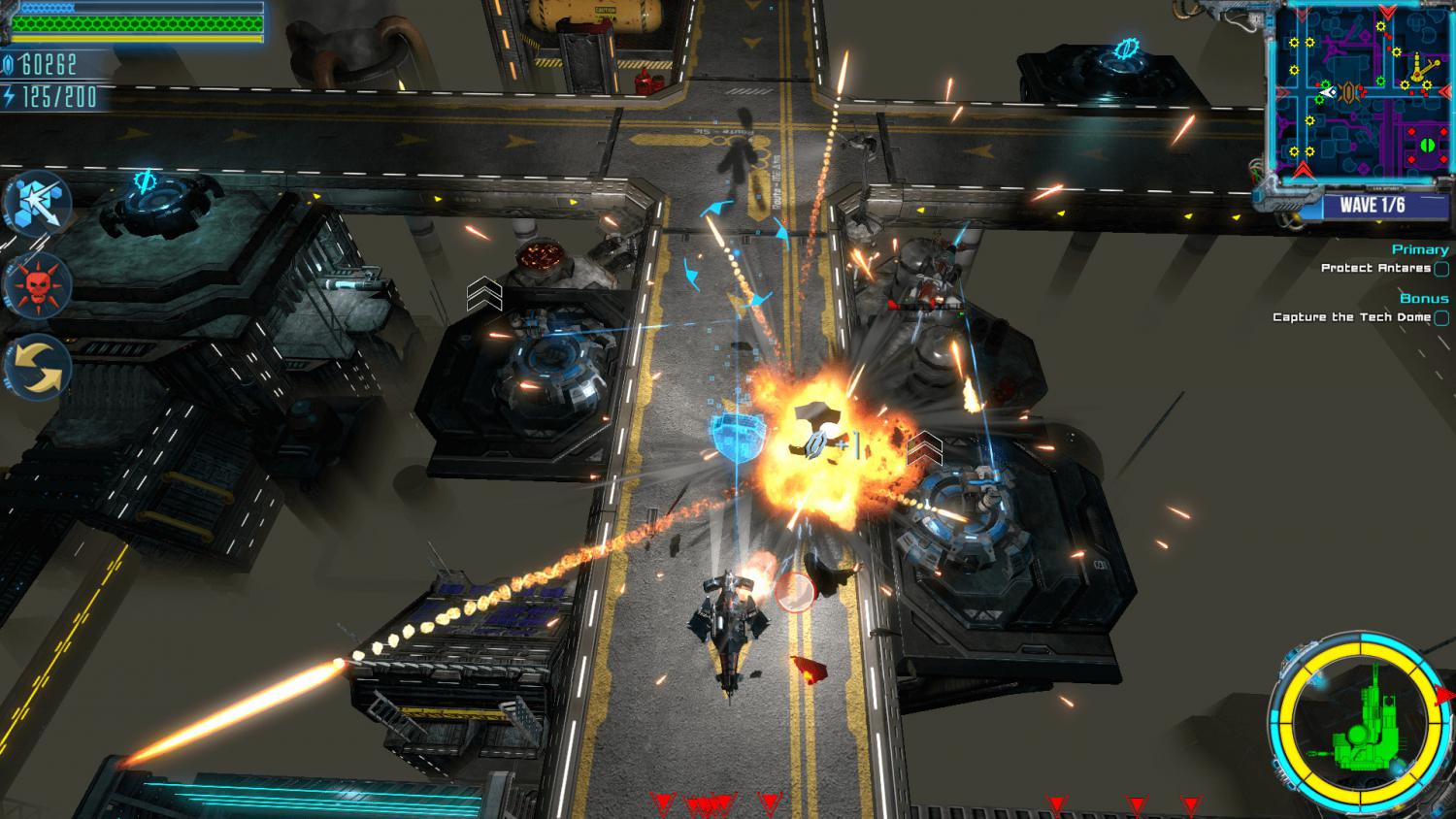 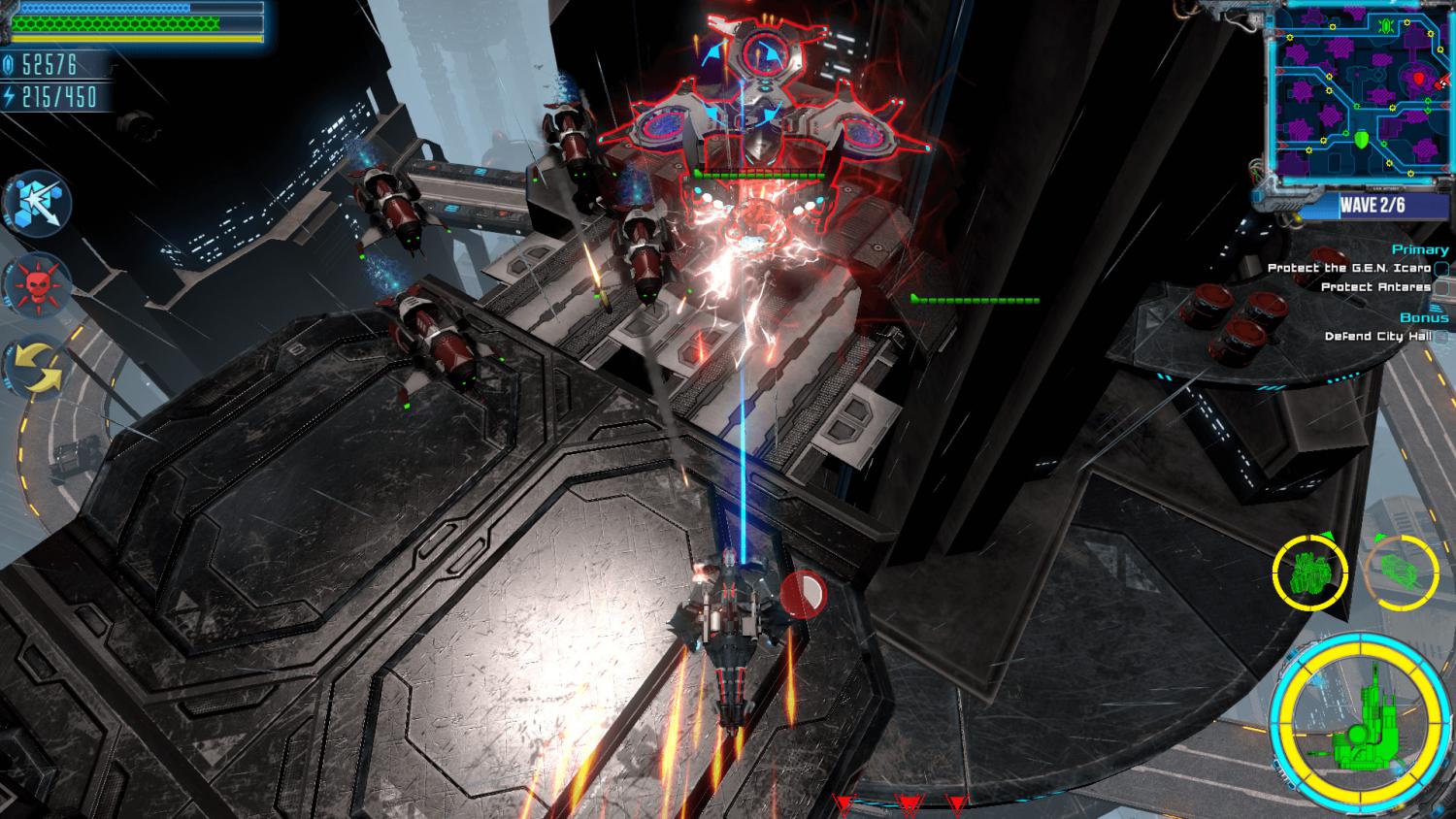 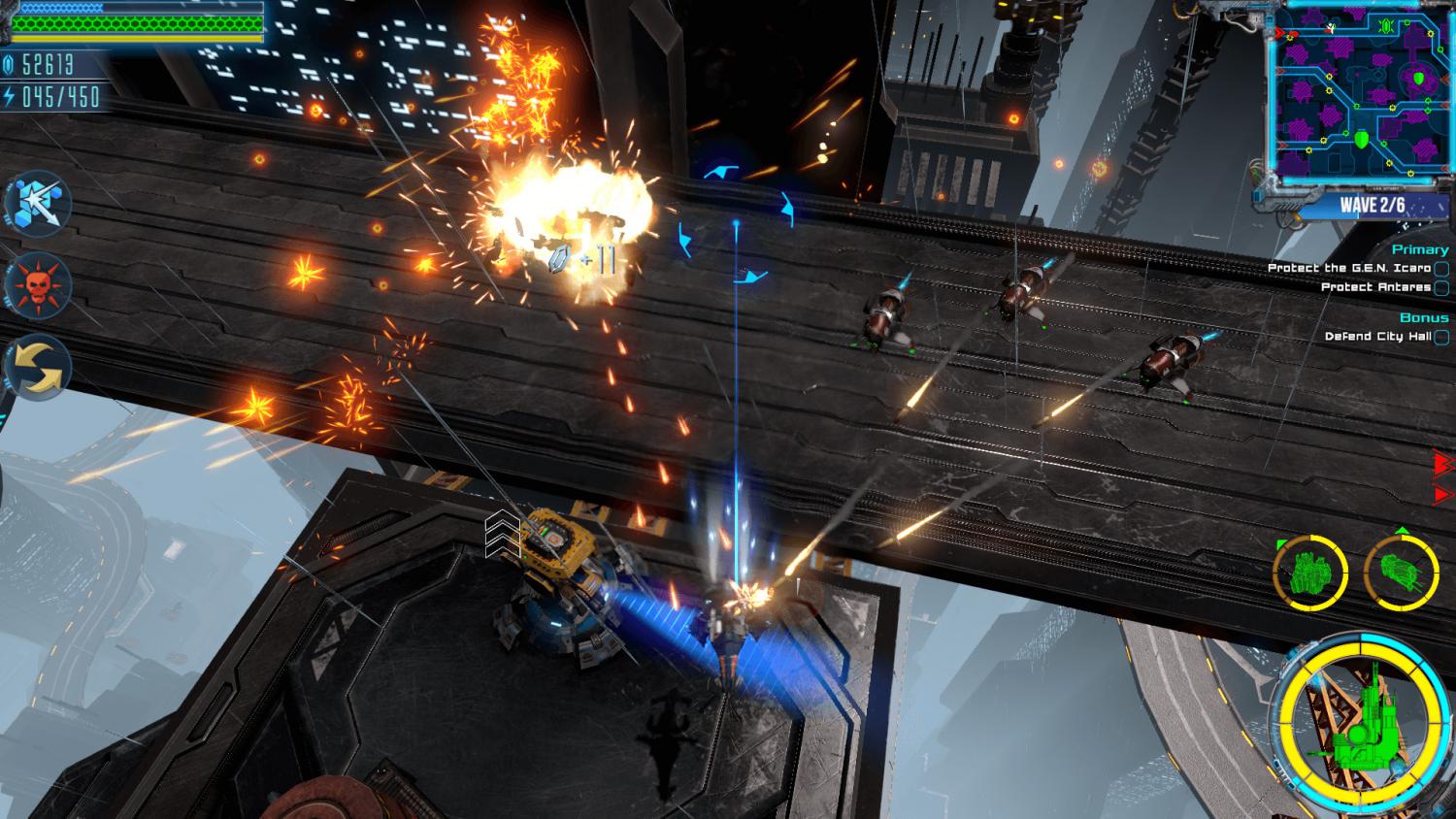 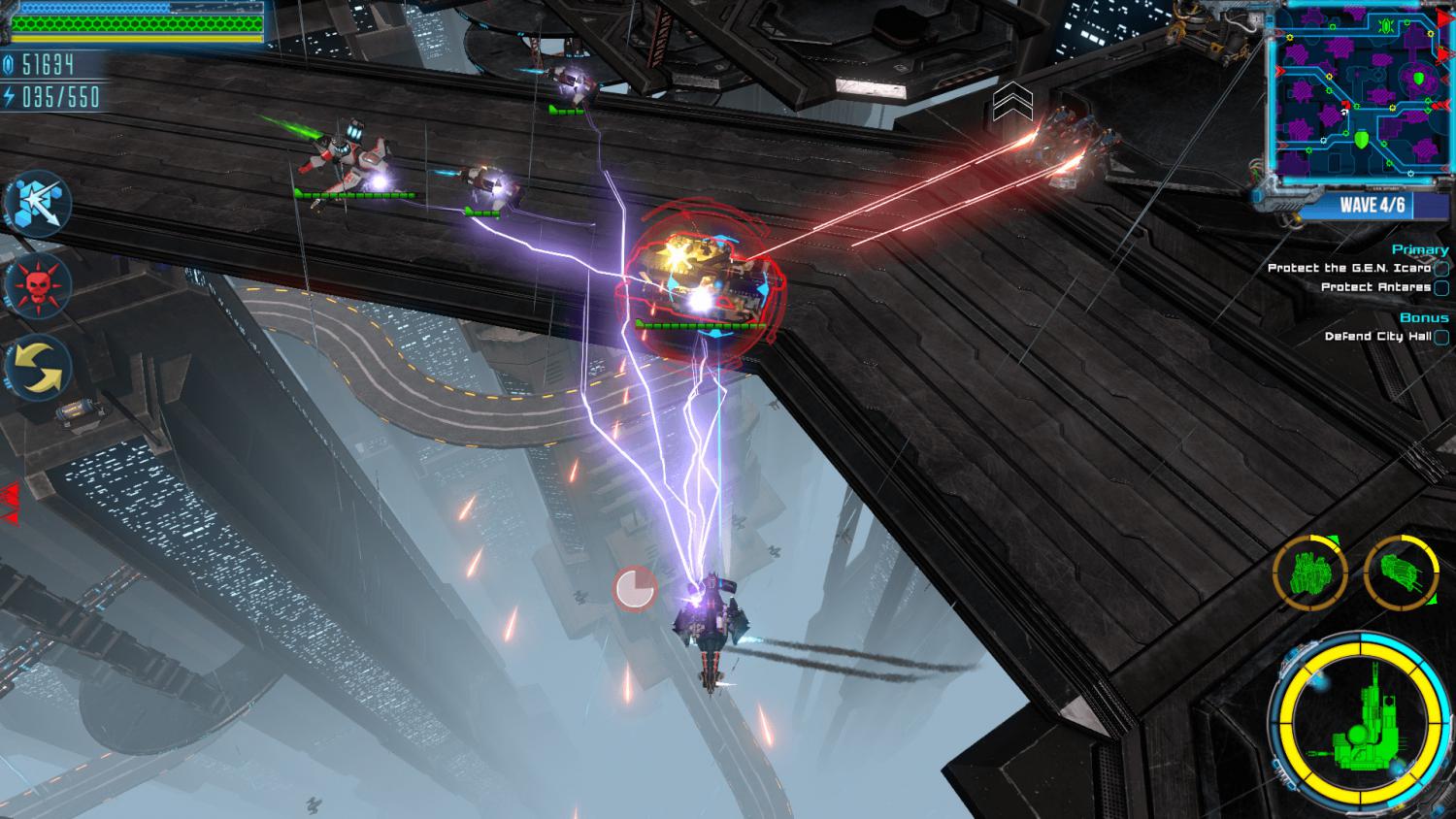 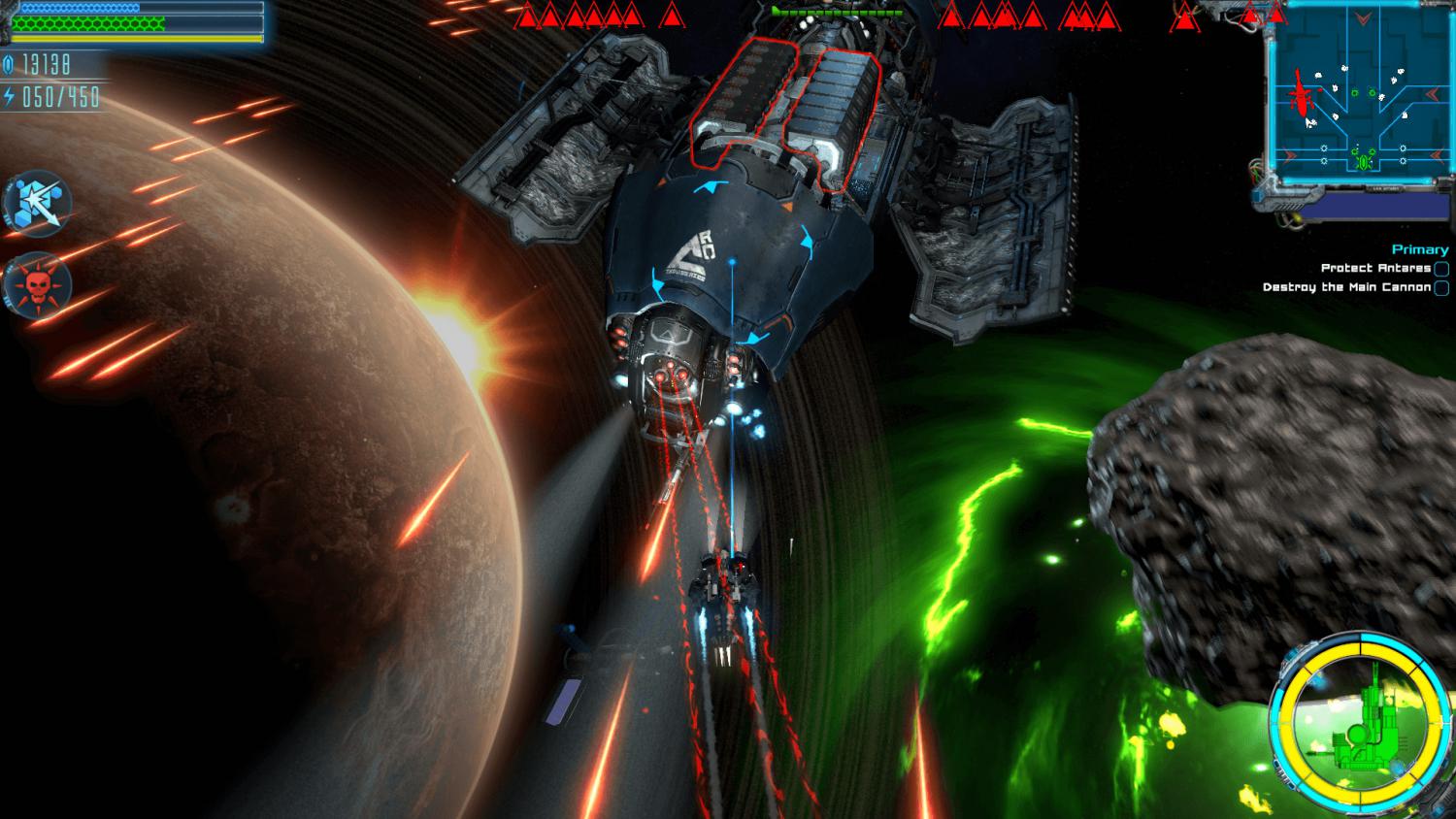 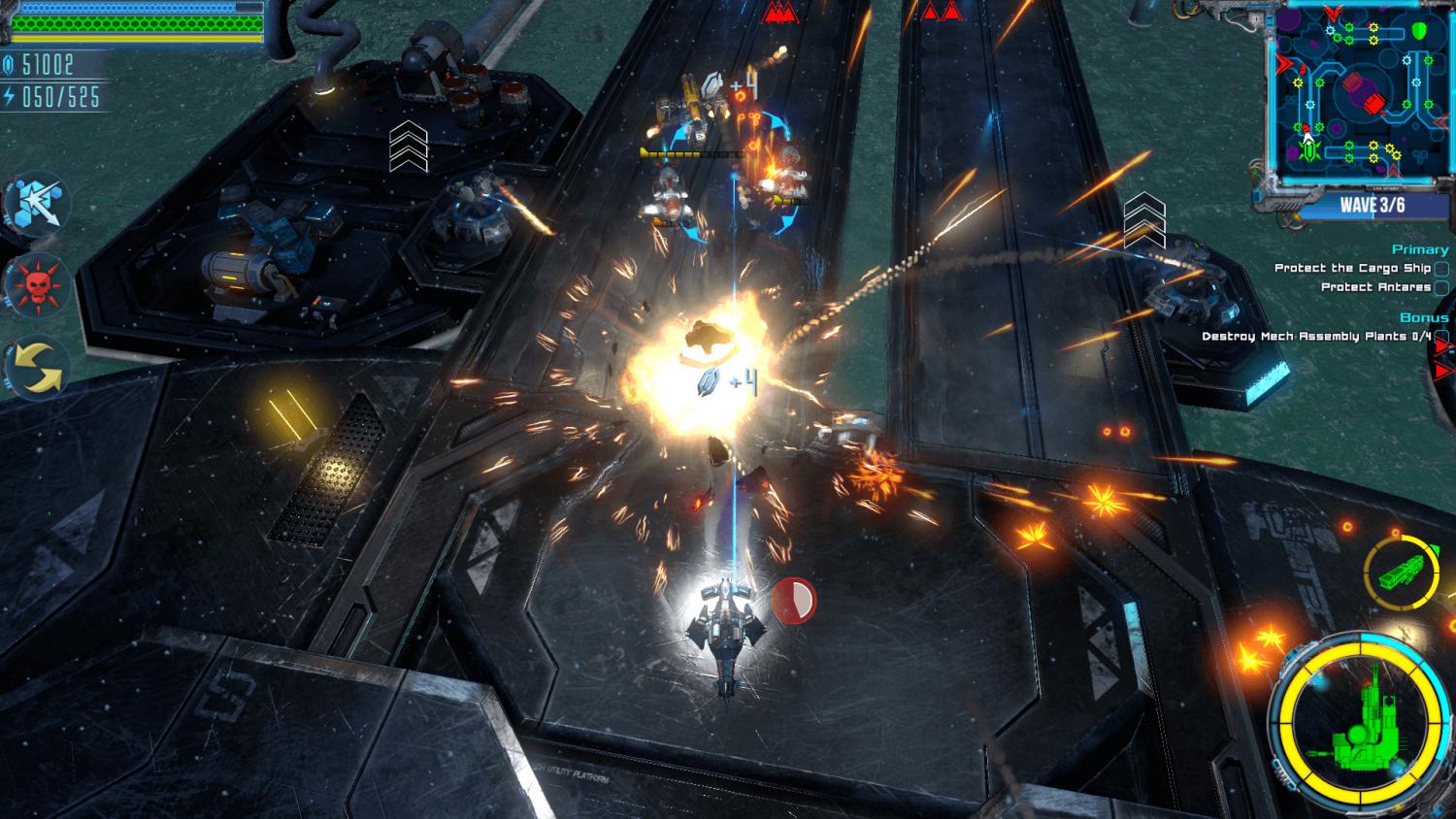 In 1935, Albert Einstein and Nathan Rosen predicted the existence of wormholes; shortcuts through space-time enabling instantaneous travel across vast regions of space. A century later, a discovery was made that turned their theory into reality – plunging mankind into an interstellar space race to claim the ultimate prize: the Voidshards.

The events of Excubitor are set in the year 2182, in a remote star system colonized by humans. At its heart is the Baphomet – a vast ‘hyper-giant’, a star over a thousand times larger than our own sun and one of the biggest stars known to humanity. Dozens, maybe even hundreds of planets orbit the giant star, with many more swallowed up as Baphomet grew larger during its stellar evolution. All around the system, a strange and powerful element is scattered across the many worlds. An element that could provide humanity with all the energy it will ever need. An element that takes the form of blue crystals known as the Voidshards.

Upgrade your ship, fortify your defences and ready your weapons, because you’re going to need all the help you can get!

Armed to the teeth and set on sheer destruction, waves of enemy drones are rushing towards the mothership, Antares. You must strategically build your defences in the best possible locations as you take direct control of your Hammerhead defence craft equipped with the deadliest weapons such as; the multi-targeting Tesla Coil, the helium plasma Combustor or the devastating Decimator.