Ritual: Crown of Horns - Early Access is not available to United States (US).

Ritual: Crown of Horns is a slaughterhouse. A violent, fast-paced Western with an attitude. An absurd, acid-fueled vision of hellish frontier. A unique blend of classic horde modes, base defense games and arcade top-down run’n’guns. 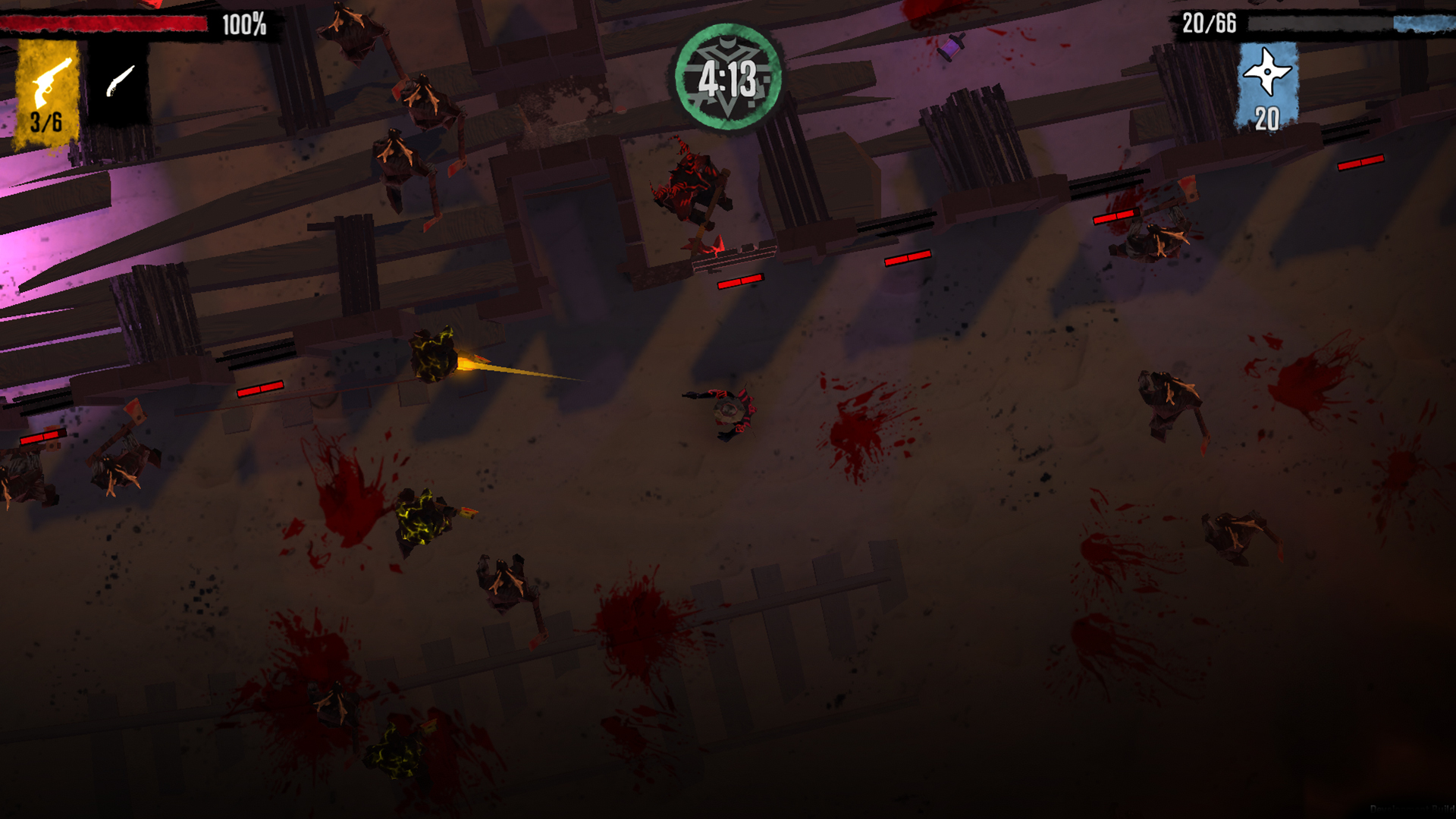 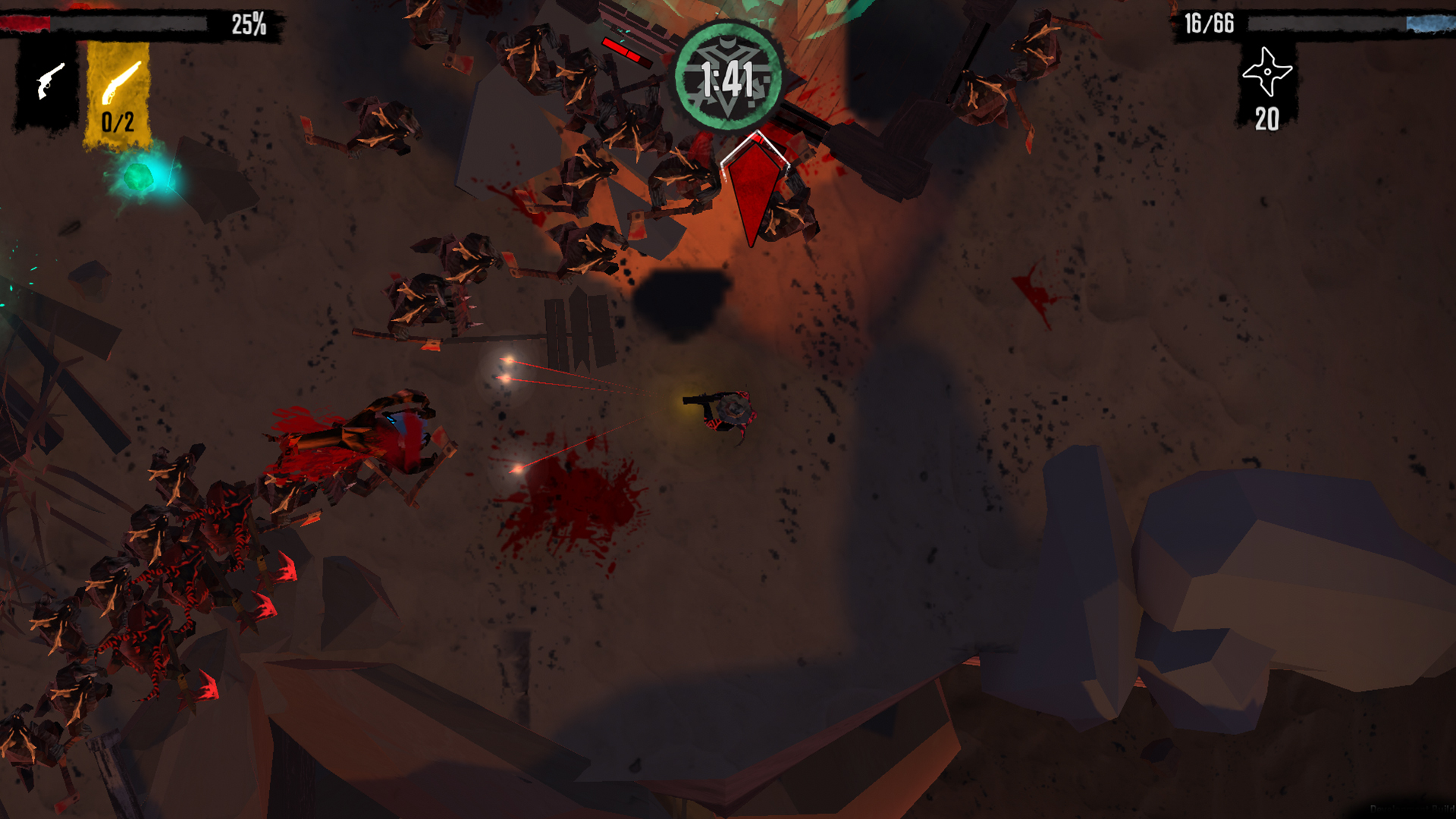 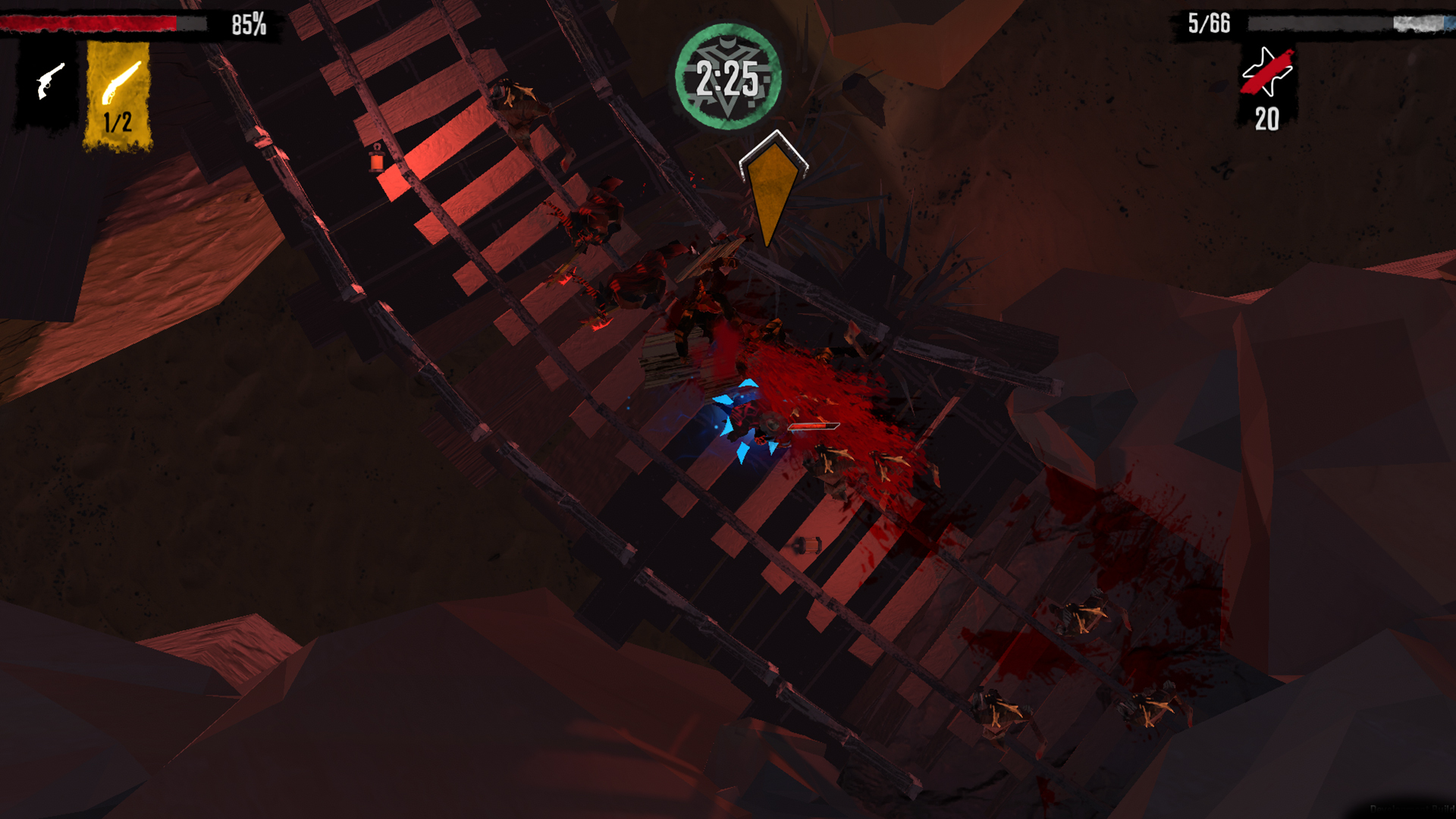 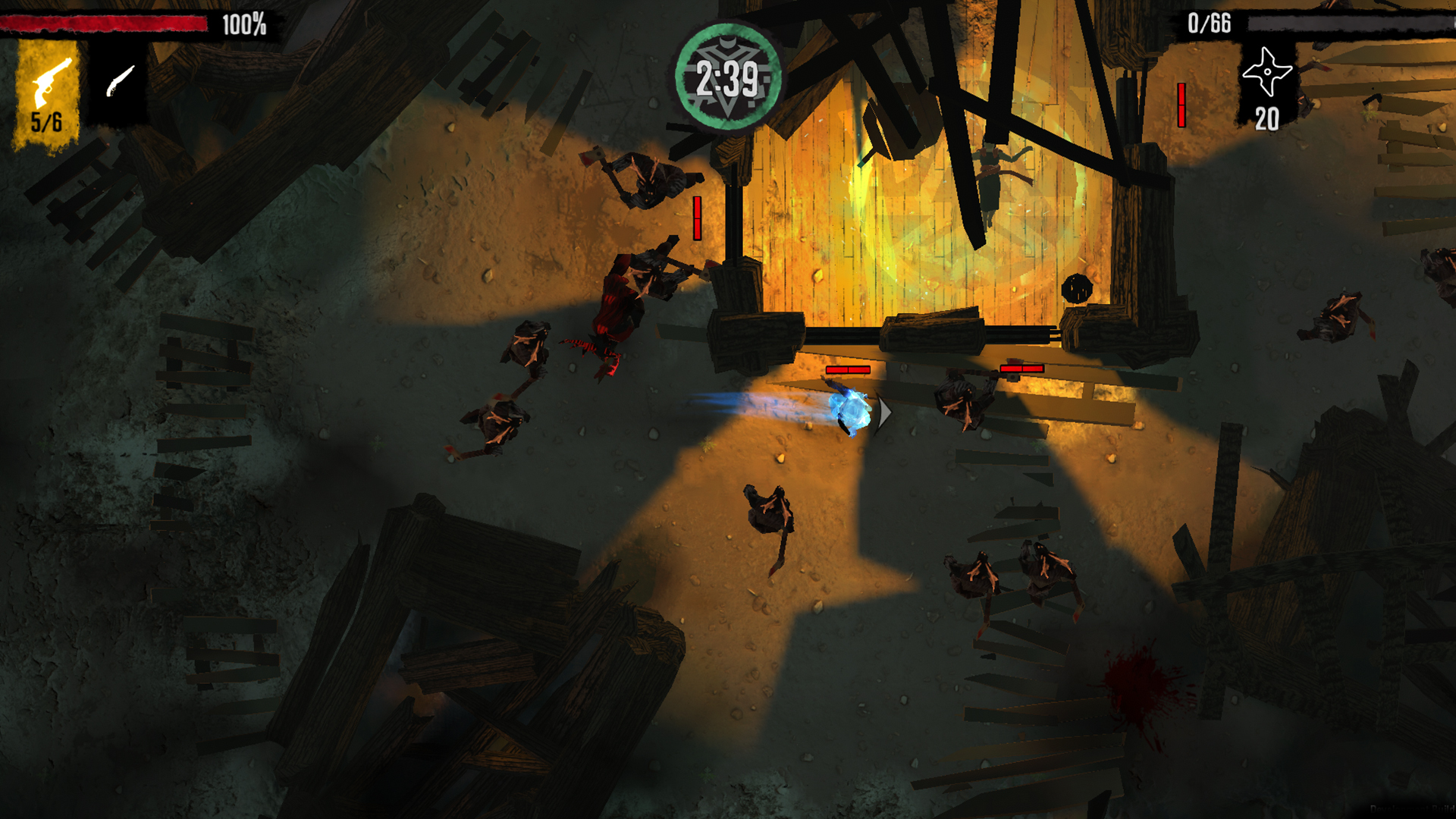 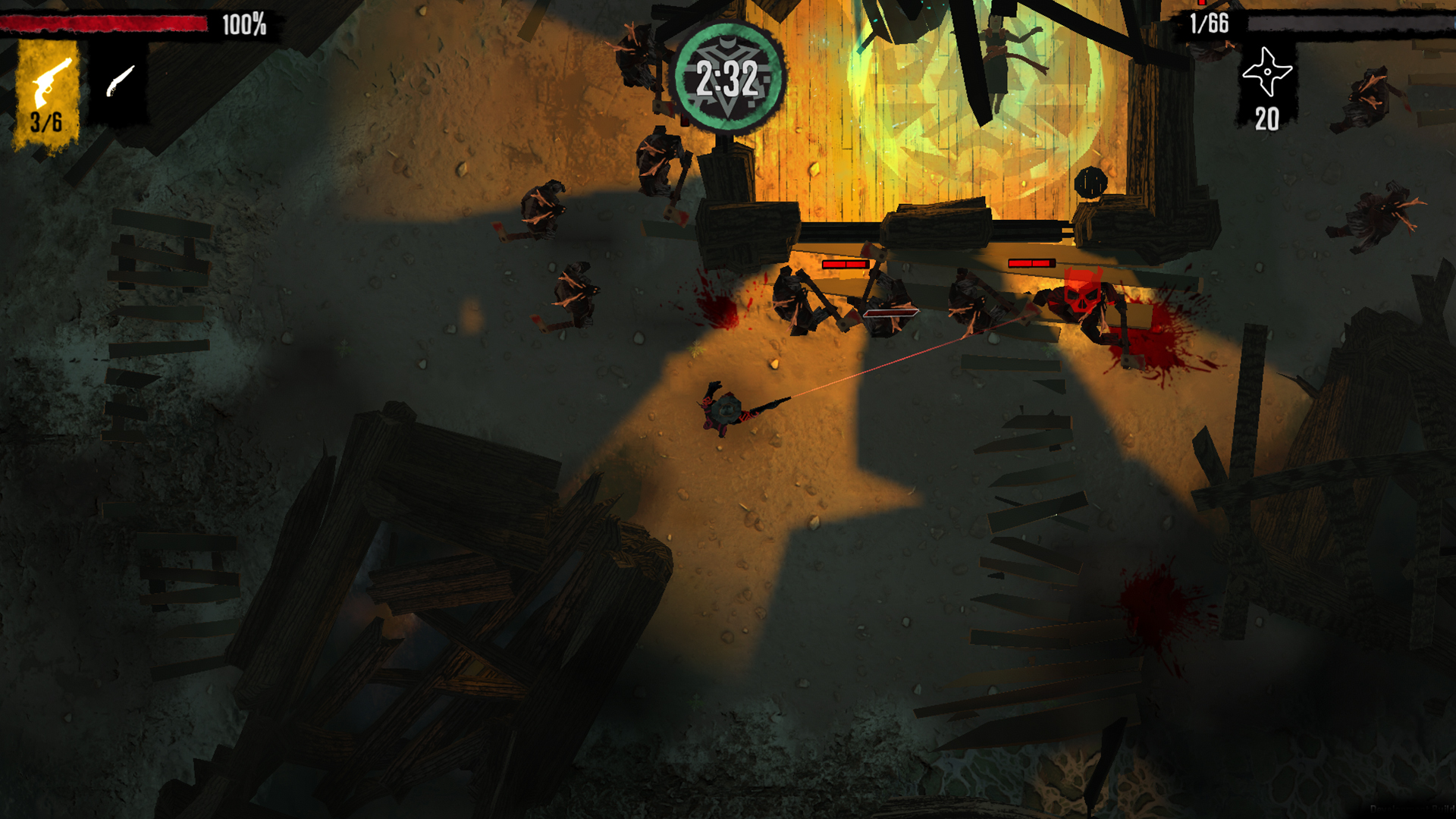 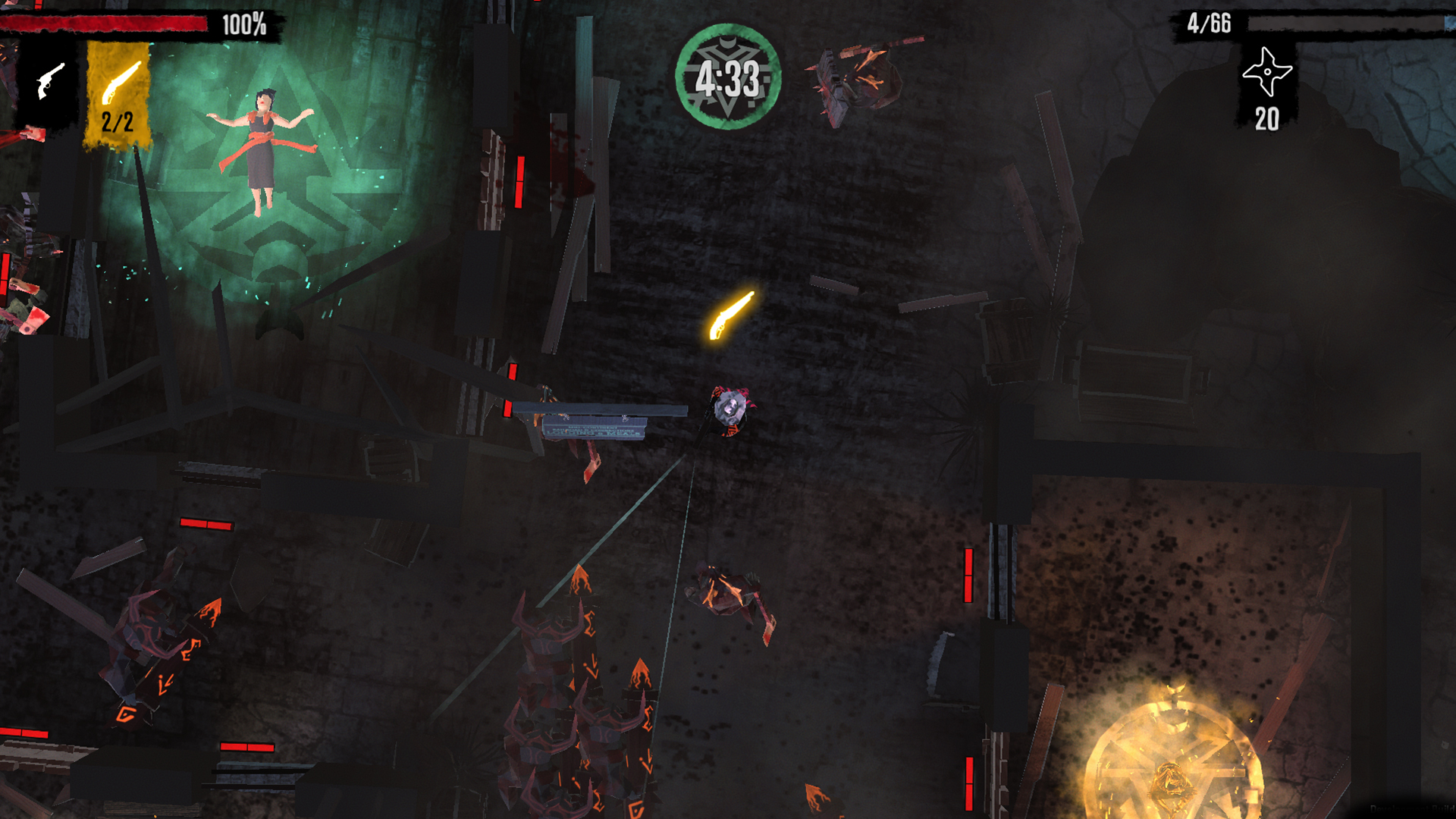 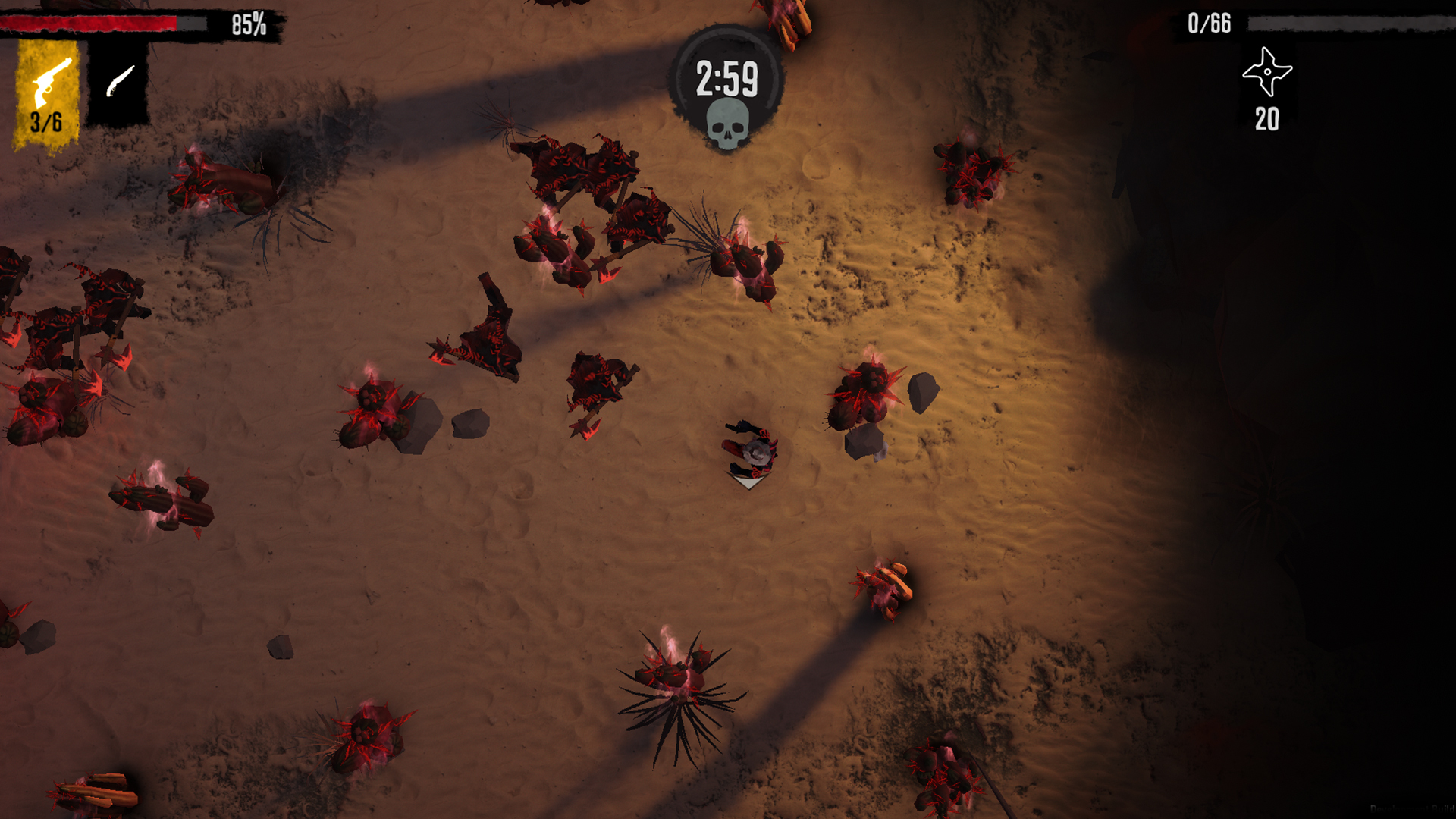 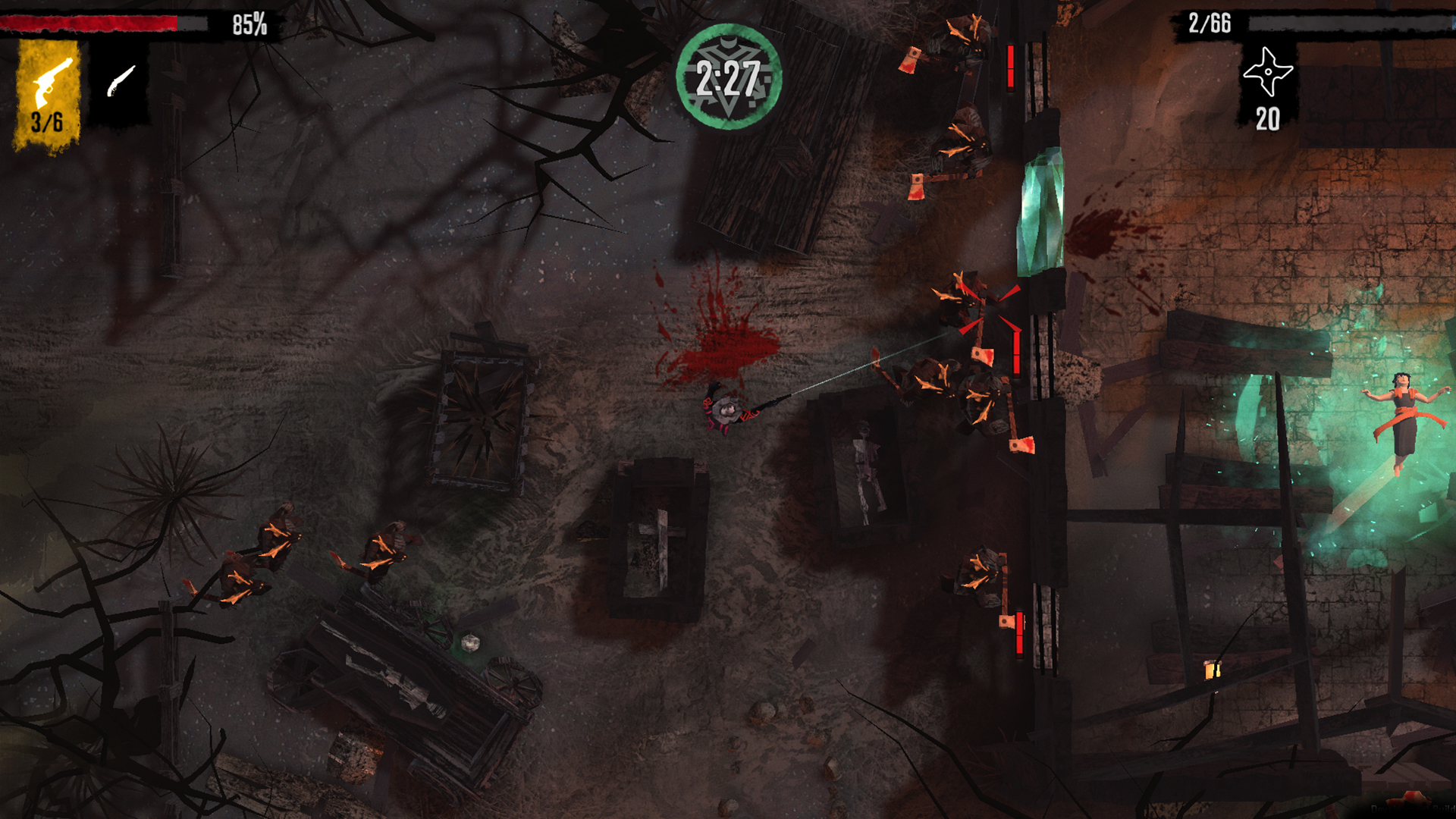 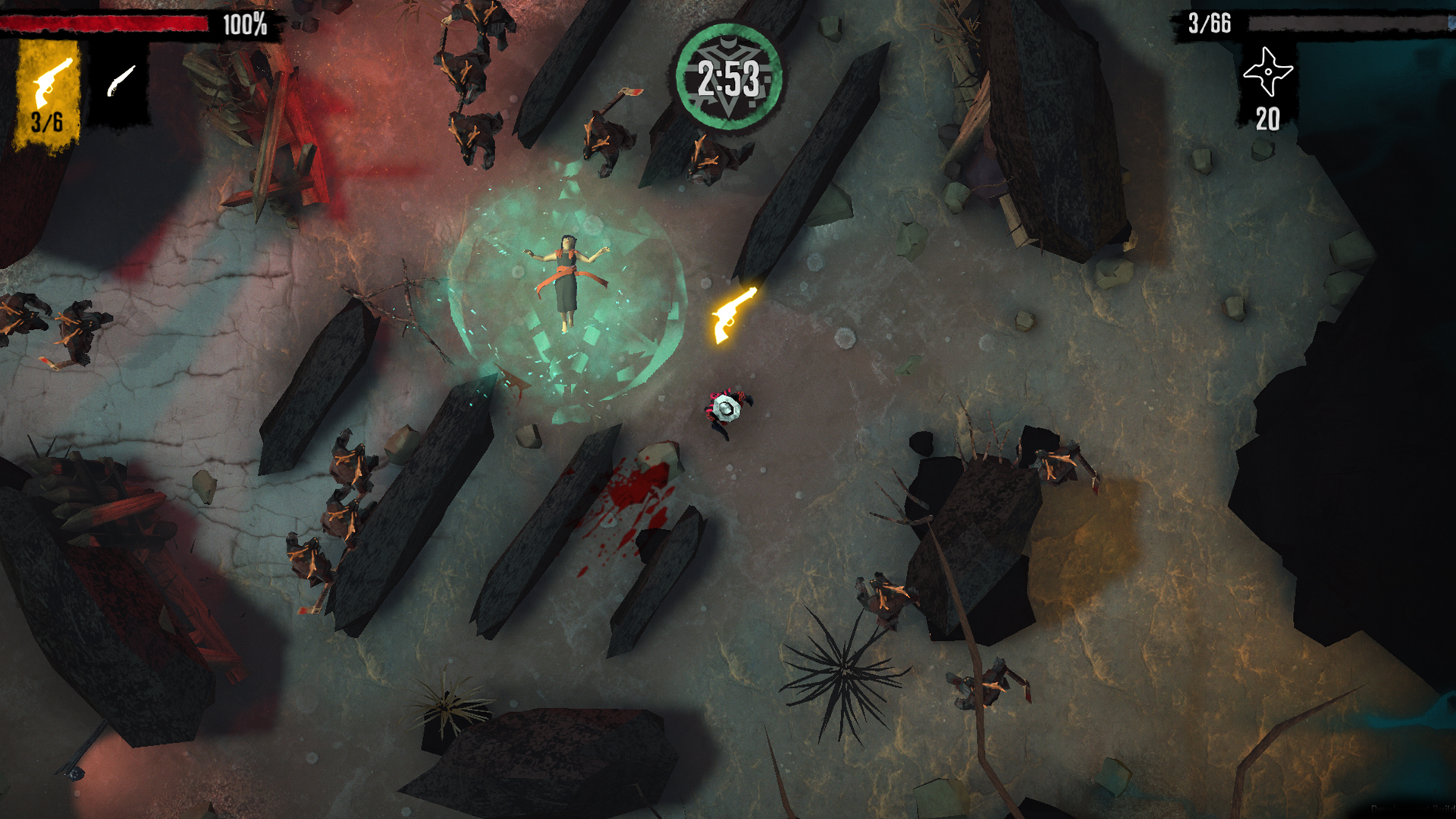 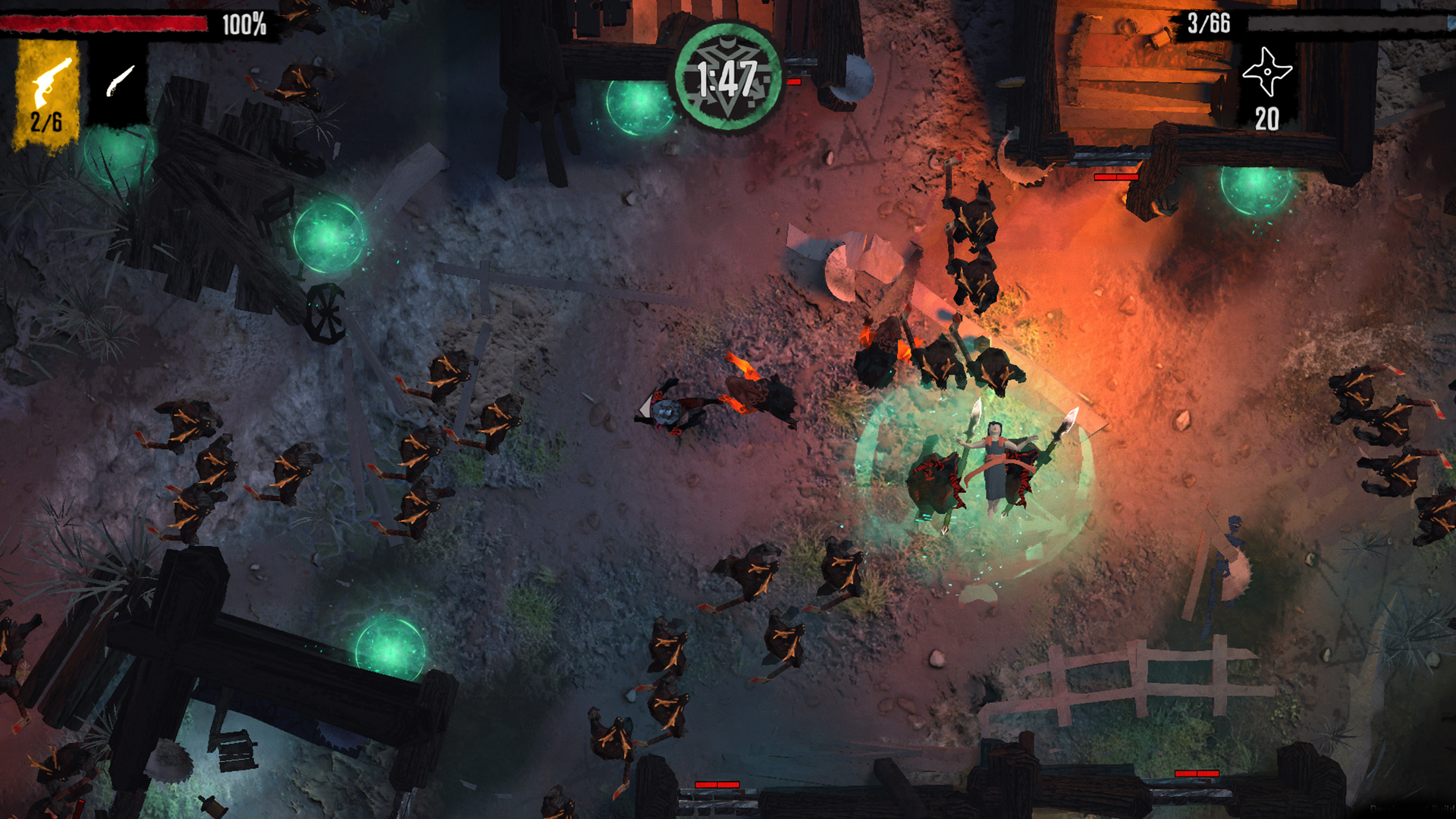 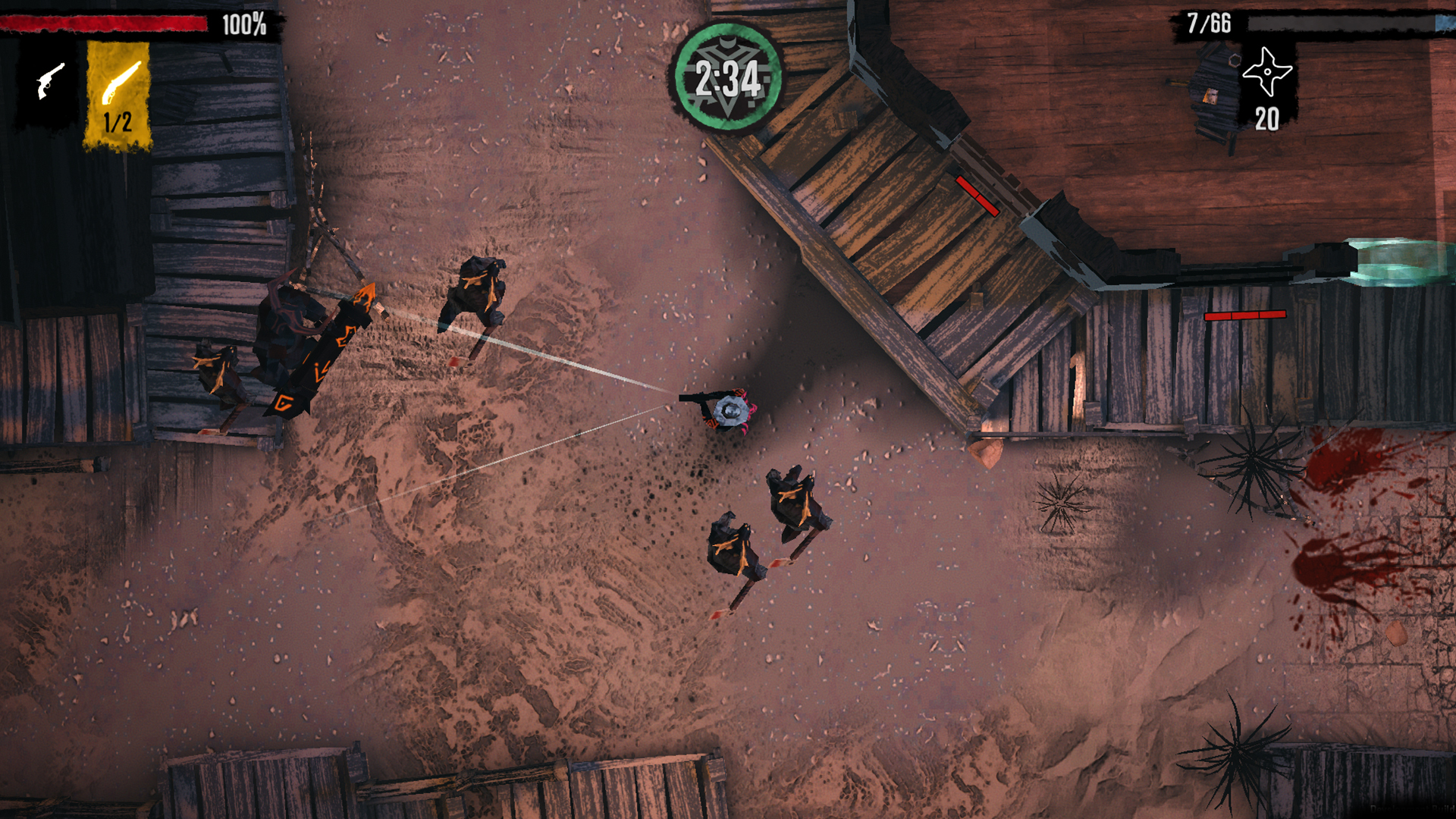 Ritual: Crown of Horns is a slaughterhouse. A violent, fast-paced action game set in an alternate Wild West, an absurd, acid-fueled vision of hellish frontier. Inspired by a variety of unique takes on the Western genre, from Alejandro Jodorowsky’s “El Topo” and Clint Eastwood’s “High Plains Drifter” to cult “The Wild Wild West” TV series, it’s a minimalist, yet wild tale of an unlikely duo: a bounty hunter who comes back from beyond a grave, yearning to exact revenge on his homeland, and a witch who aids him with a series of powerful rituals to further her own secret goals.

18XX. You were a lawman on a mission to track down a dangerous witch. Upon reaching your goal, you found yourself in a fatal ambush prepared by horned beast-like men. Your death was probably just collateral damage. Not one of your government supervisors cared. Now, brought back from beyond the grave by the dark magic of the witch you were supposed to take out, you find yourself in a forced alliance against a common enemy. Understand the powers responsible for your misery and get rid of them once and for all. Make friends and enemies along the way. Visit places inspired by real locations in the United States and discover their myths. Look for symbols that the Land of the Free was based on and purify them. Ritual: Crown of Horns is a game about icons and myths, and tales we tell ourselves in order to make sense of our world and our identity. It’s about facing the unfaceable and living to tell the tale.

Steam account is required for game activation and installation.