The original battle royal game is back and buffed!! No rules, and fights to the finish where anything goes! Over 180 characters and over 250 different special moves! 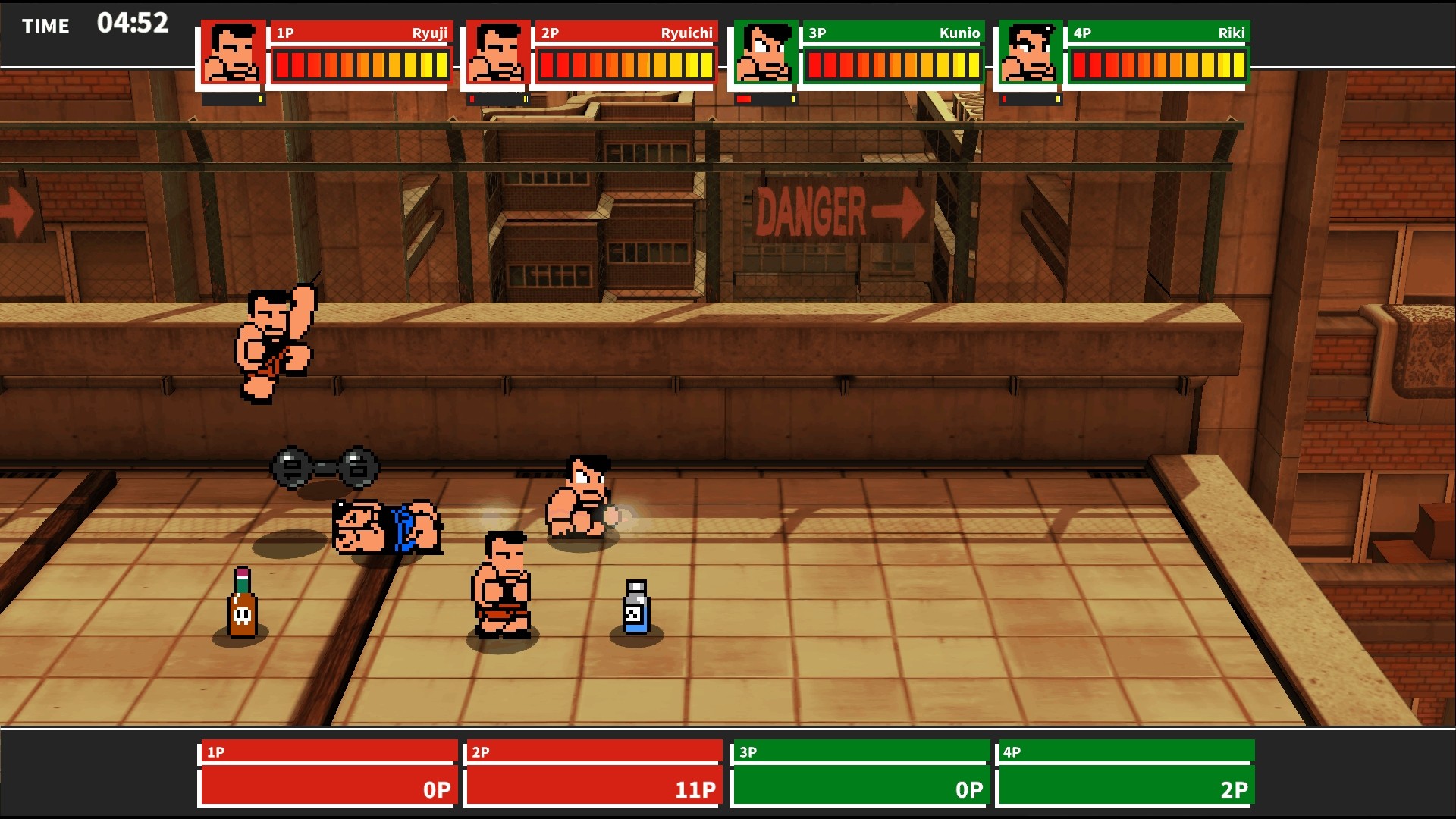 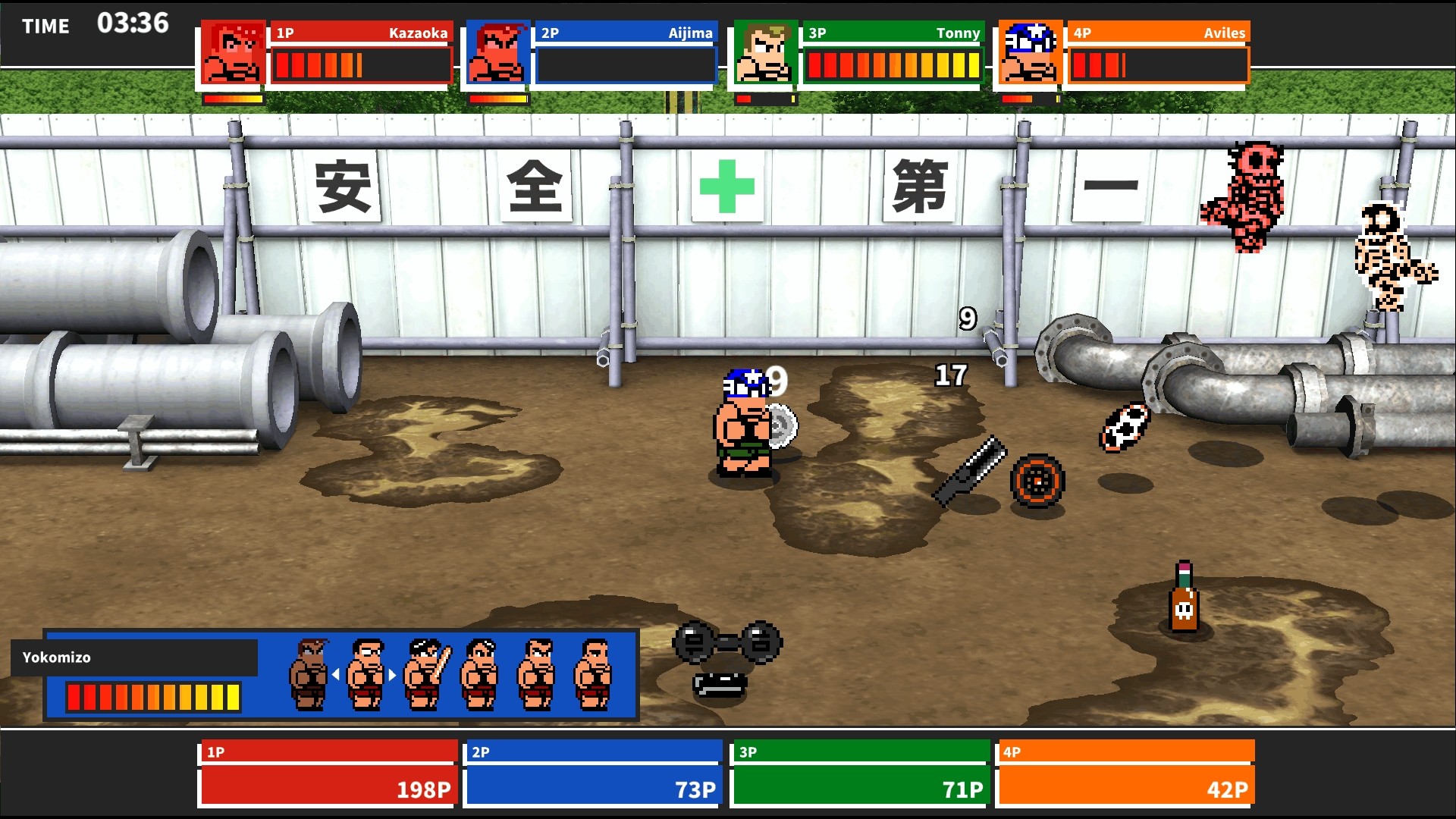 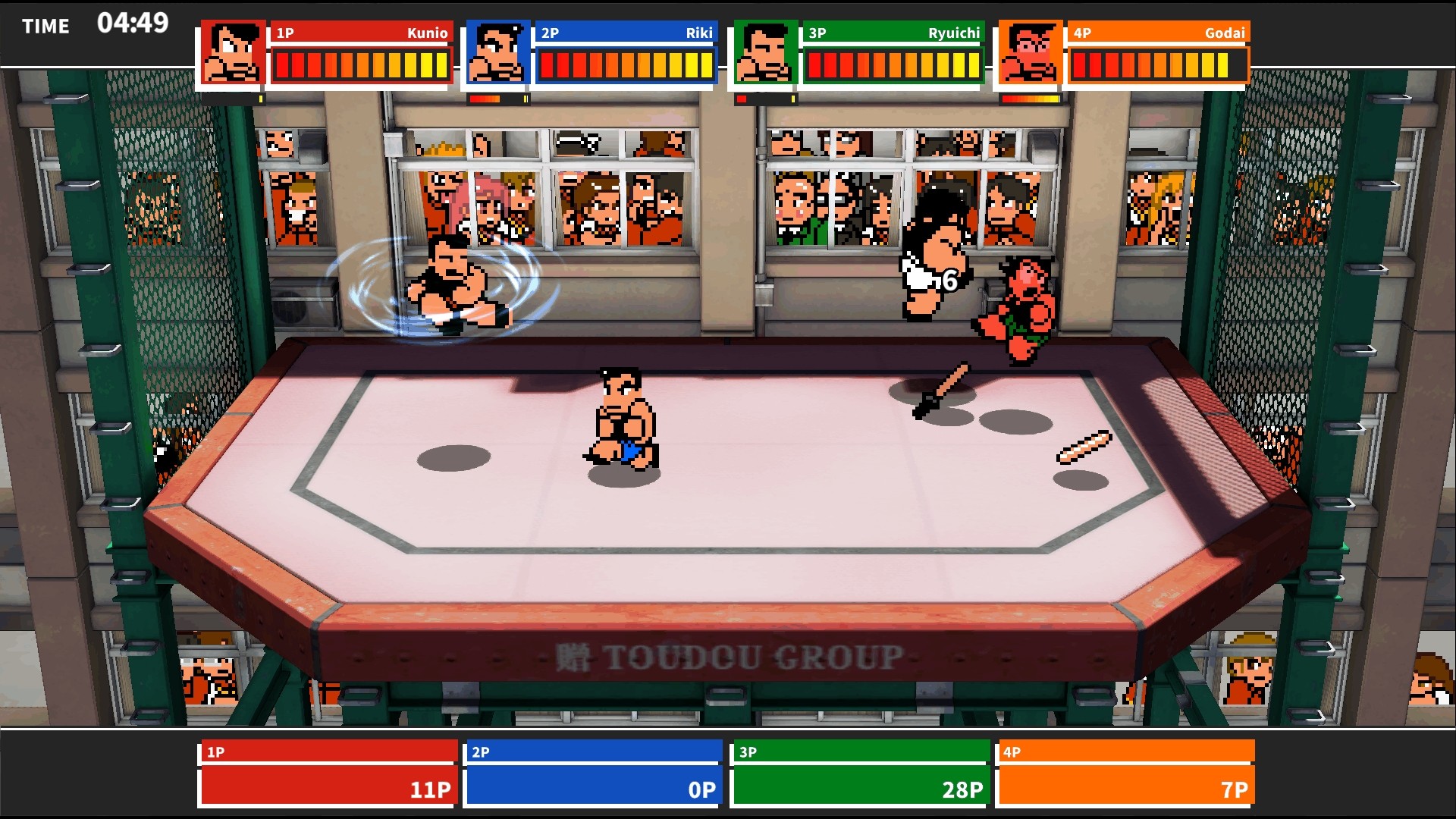 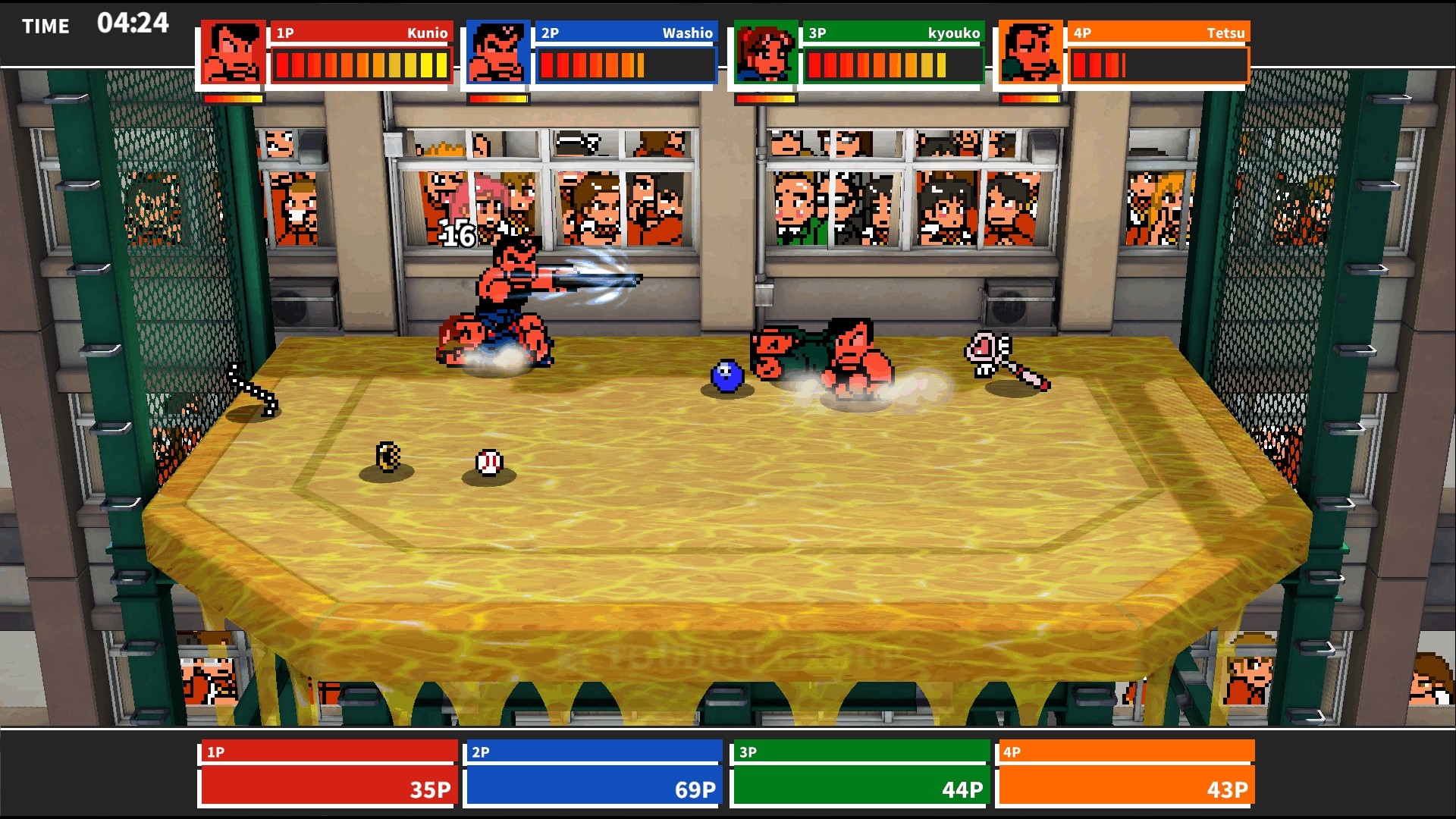 The Renegade/River City (Nekketsu Kouha Kunio-kun) series has had its share of success in the late 80’s, and now, the “Fight it out!” part of its numerous spin-off sports series is back and powered-up!

Four players can play at the same time, and the controls are so simple you can actually have your friends and family just hop in and play! Online play is supported as well! Come and feel the tension while fighting it out with other players from around the world!

Do not stick to plain punches and kicks! Armed attacks and throwing techniques are here to spice up an already insane brawl! 30 teams, 180 characters and more than 250 different special moves!

The stages are rigged with various traps, and you get to trigger them! Beat all your opponents, and be the last one standing!

Discover every team’s story in SINGLE PLAY mode, or setup a quick game in FREE PLAY mode. If you get knocked out, a teammate will come and replace you so your team can continue the fight, but only in CHANGE MATCH mode! Moreover, there is an ENDLESS BATTLE mode, where you can take on the challenge to defeat the most opponents before your health runs out!

You can also build up your own team! Could it finally be possible to create the dream team no one ever thought of? You can also set the items you want to use during the battle, have some bombs scattered across the stage or no sharp weapons allowed!

Steam account is required for game activation and instlalation