Kunio-kun’s infamous rival that all River City Series fans will recognize, The head of the Reiho High School Big Four: Kobayashi gets his own game!! 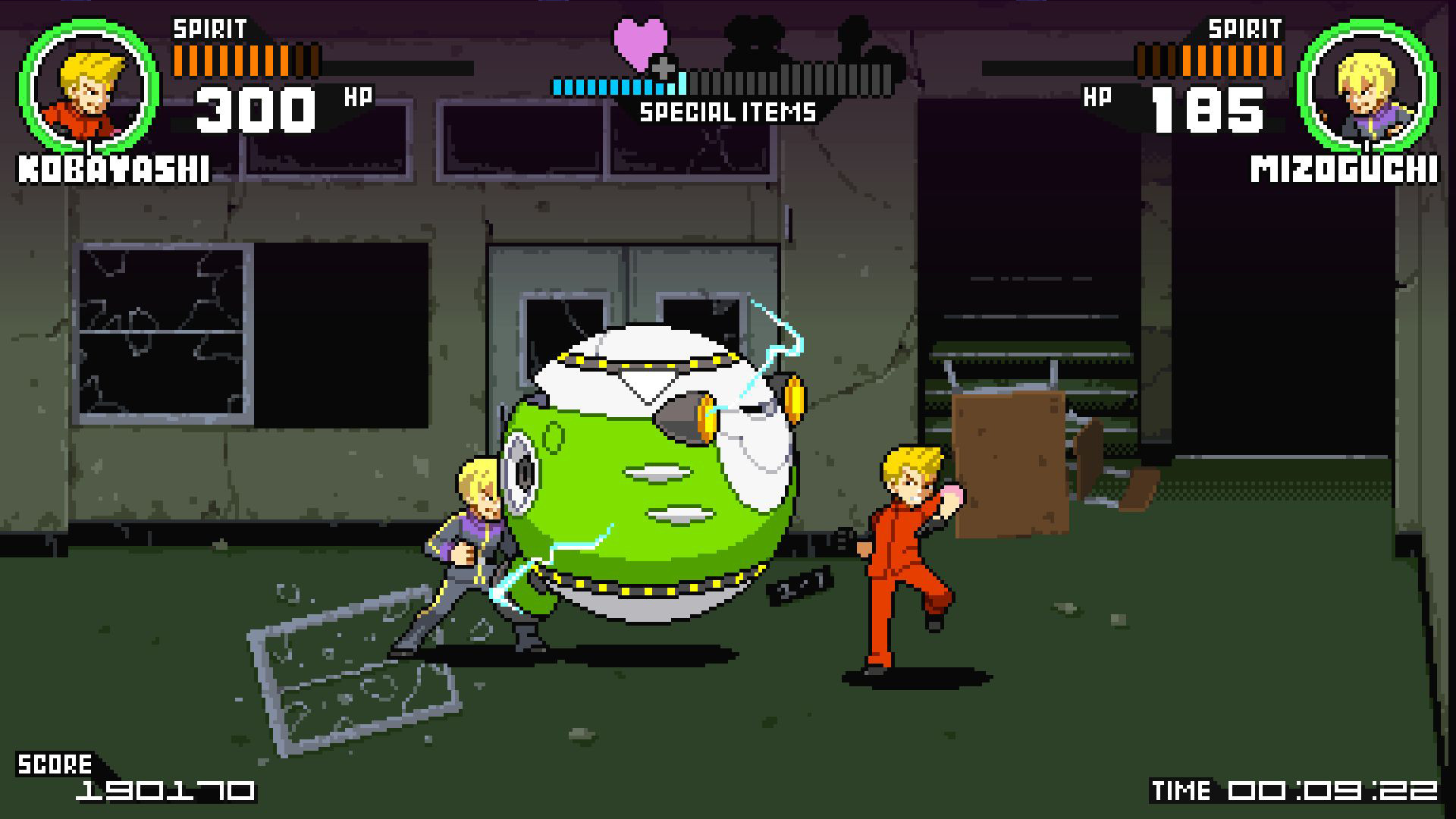 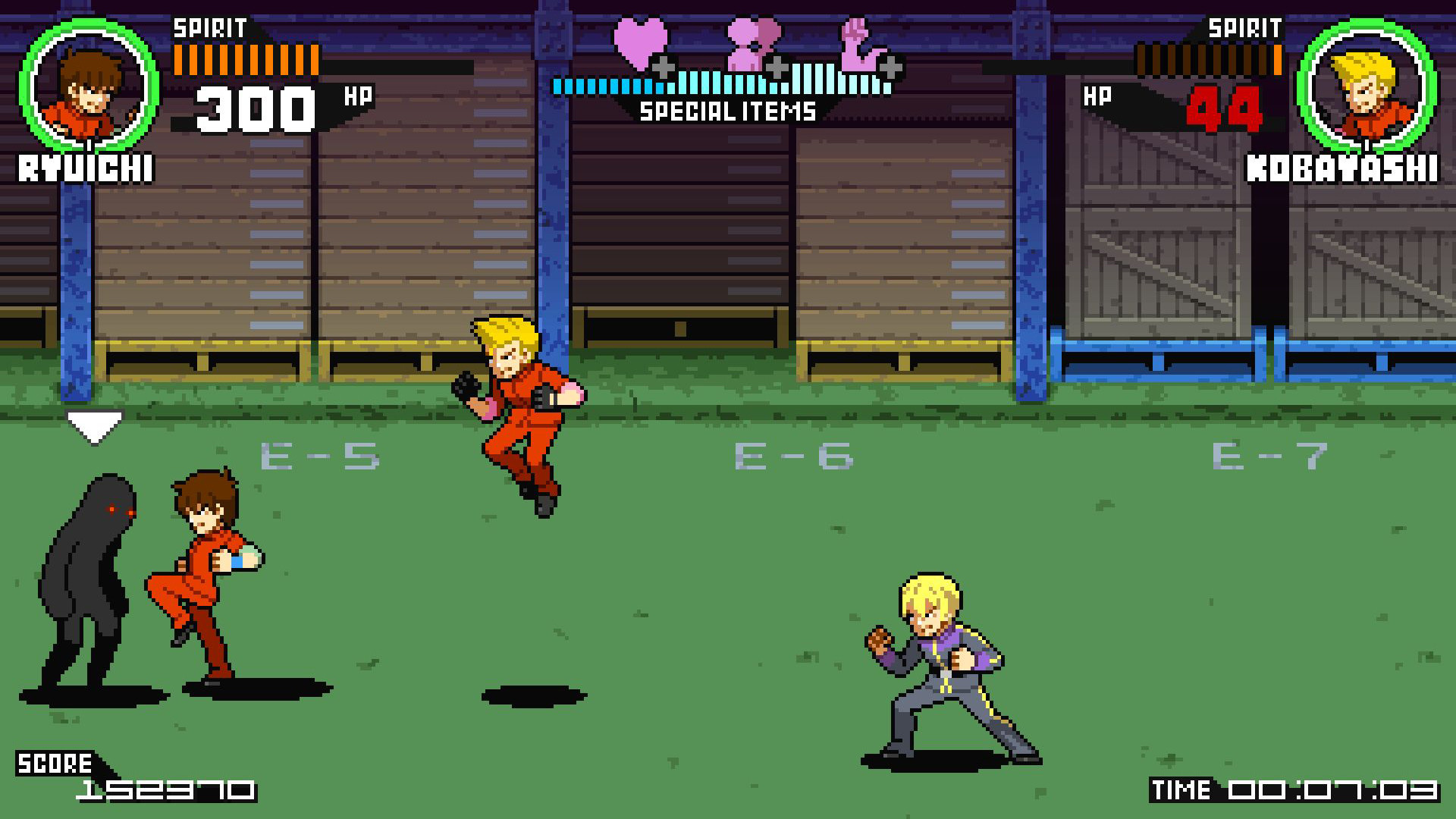 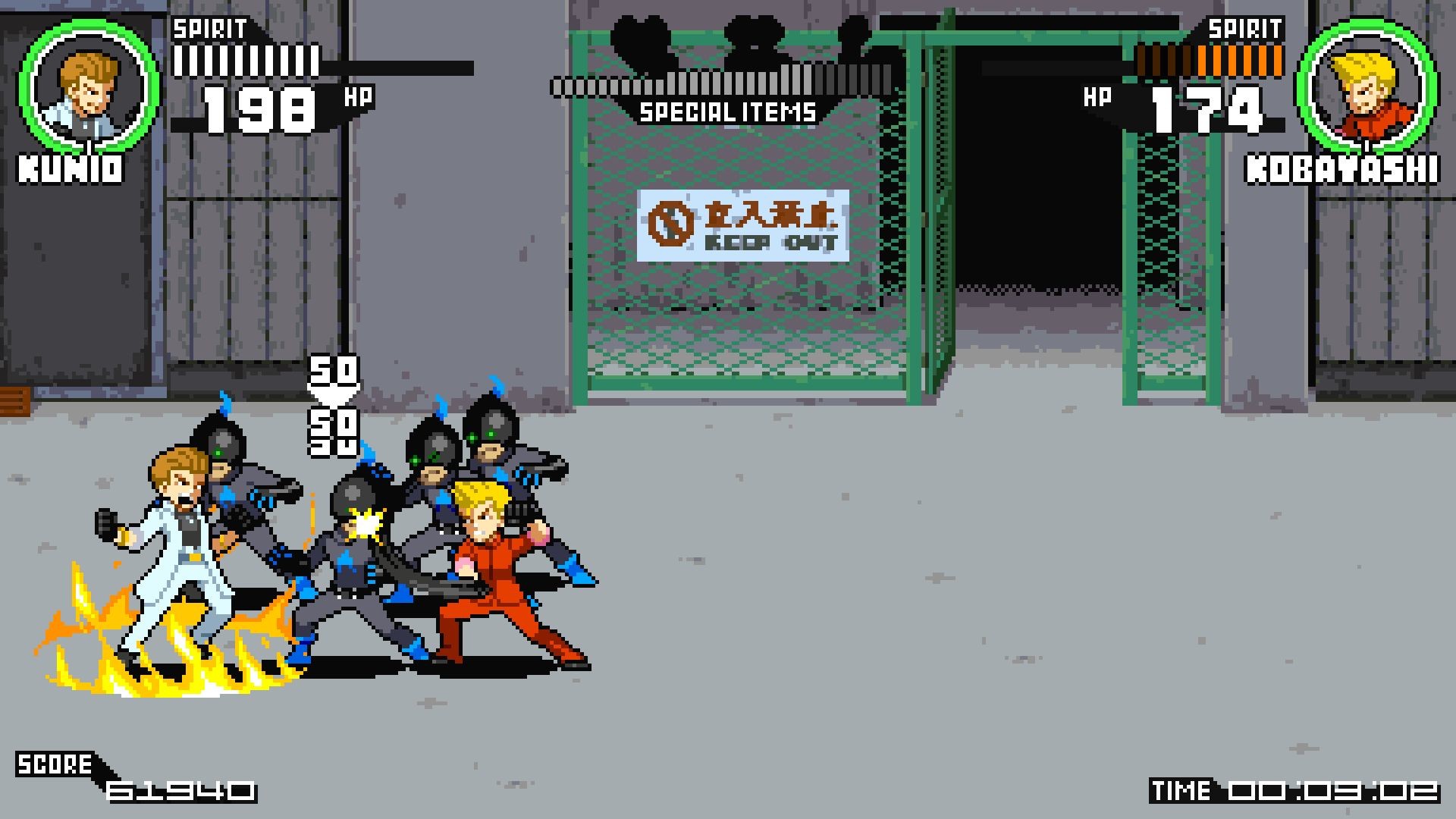 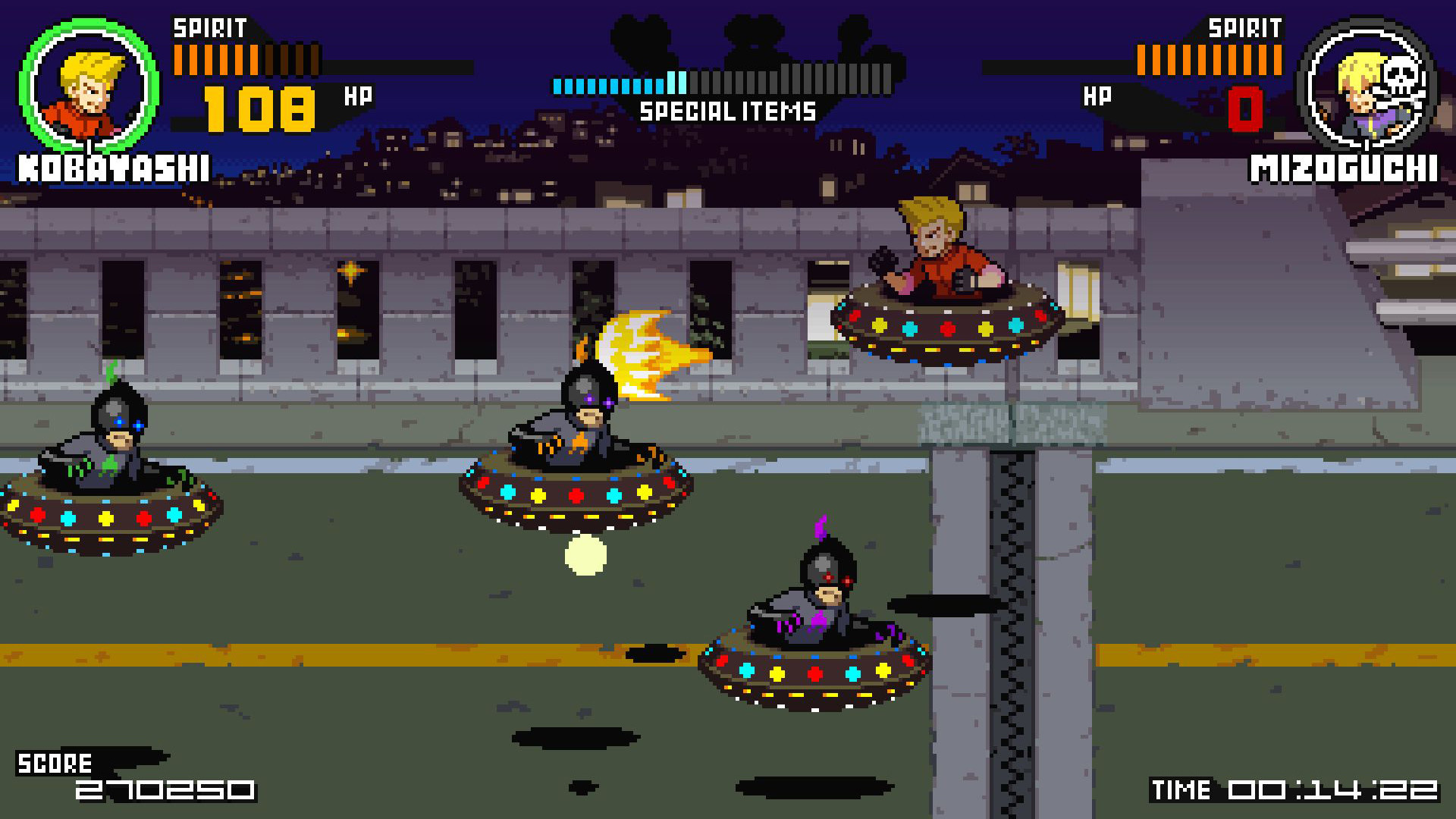 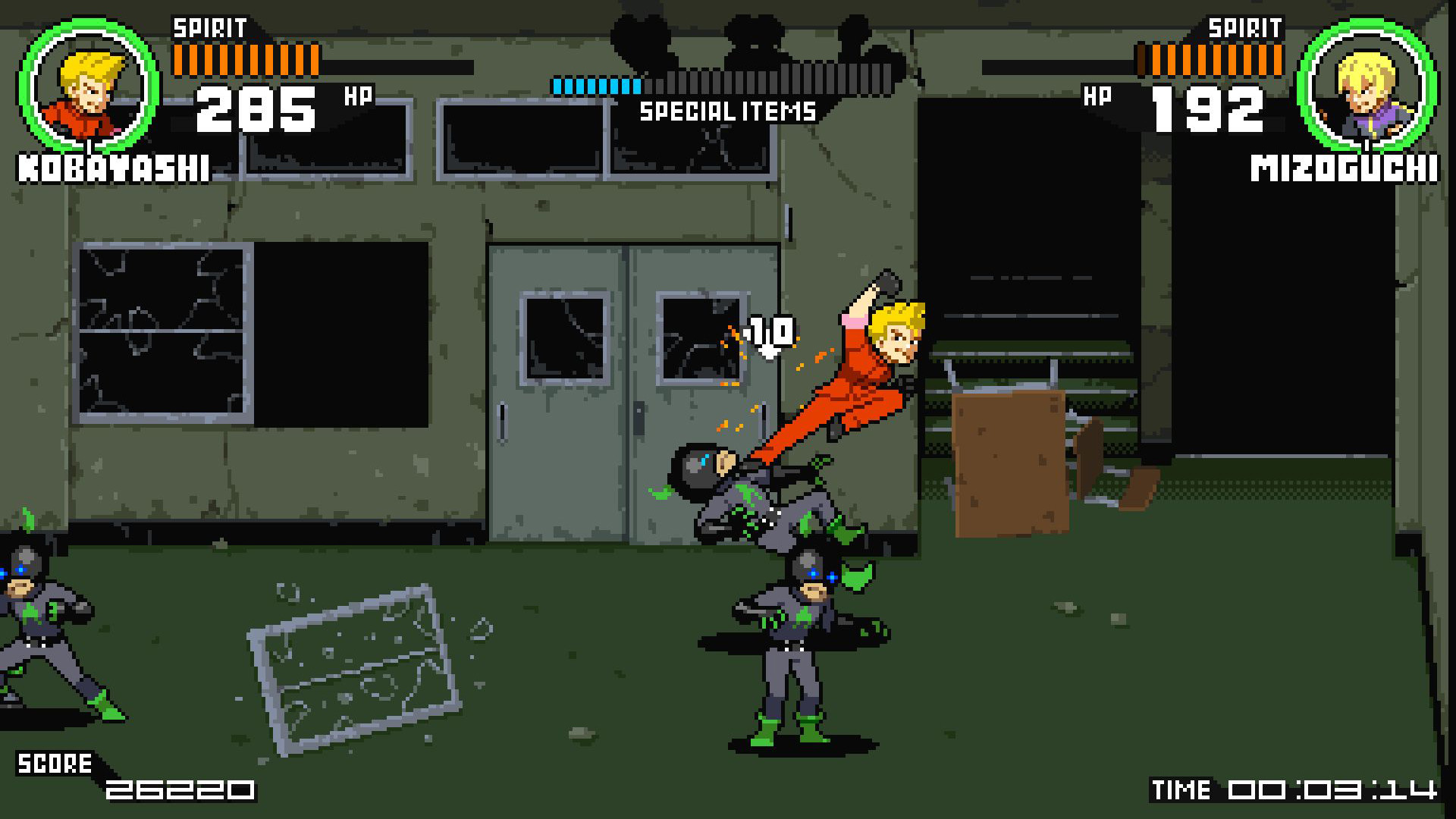 A short while after the events of “”Downtown Nekketsu Monogatari””…Reiho High School, where the battle took place, has these Big Four, who are feared by all the others schools around. And at the top of the Big Four, reigns only one man: Masao Kobayashi. Here’s one of his stories.

Back in middle school, a mysterious event led him to meet a boy named Mizoguchi, who was actually a Time Regulator, going after an evil organization that has disrupted the time-space equilibrium.

After finding out that Kobayashi has a hint of mysterious power in him, Mizoguchi has them set out together to take this evil organization down.

So, when Kobayashi’s friend gets abducted by the evil organization, He puts on a calm face while burning with rage inside. He has got to go rescue his friend and bring an end to this evil organization.

The original directors of Nekketsu Kōha Kunio-kun (aka Renegade): Yoshihisa Kishimoto and Downtown Nekketsu Monogatari (aka Street Gangs/River City Ransom): Mokeke Sekimoto, are teaming up to bring you a new reckless action game !